Frank is indicted under Counts One, Three, and Four (explanation). Frank joined the Nazi Party in 1927. He became a menber of the Reichstag in 1930, Bavarian State Minister of Justice in March 1933 and when this position was incorporated into the Reichsregierung in 1934, Reichsminister without Portfolio. He was made a Reichsleiter of the Nazi Party in charge of legal affairs in 1933 and in the same year President of the Academy of German Law. Frank was also given the honorary rank of Obergruppenführer in the SA. In 1942 Frank became involved in a temporary dispute with Himmler as to the type of legal system which should be in effect in Germany. During the same year he was dismissed as Reichsleiter of the Nazi Party and as President of the Academy of German Law.

The evidence has not satisfied the Tribunal that Frank was sufficiently connected with the common plan to wage aggressive war to allow the Tribunal to convict him on Count One.

Frank was appointed Chief Civil Administration Officer for occupied Polish territory and on 12 October 1939, was made Governor General of the occupied Polish territory. On 3 0ctober 1939, he described the policy which he intended to put into effect by stating: "Poland shall be treated like a colony; the Poles will become the slaves of the Greater German World Empire"'. The evidence establishes that this occupation policy was based on the complete destruction of Poland as a national entity and a ruthless exploitation of its human and economic resources for the German war effort. All opposition was crushed with the utmost harshness. A reign of terror was instituted, backed by summary police courts which ordered such actions as the public shootings of groups of 20 to 200 Poles and the widespread shooting of hostages. The concentration camp system was introduced in the Government General by the establishment of the notorious Treblinka and Maidanek camps. As early as 6 February 1940, Frank gave an indication of the extent of this reign of terror by his cynical comment to a newspaper reporter on Von Neurath's poster announcing the execution of the Czech students: "If I wished to order that one should hang up posters about every seven Poles shot, there would not be enough forests in Poland with which to make the paper for the posters". On 30 May 1940, Frank told a police conference that he was taking advantage of the offensive in the West, which diverted the attention of the world from Poland, to liquidate thousands of Poles who would be likely to resist German domination of Poland, including "the leading representatives of the Polish intelligentsia". Pursuant to these instructions the brutal AB Aktion was begun, under which the Security Police and SD carried out these exterminations which were only partially subjected to the restraints of legal procedure. On 2 October 1943, Frank issued a decree under which any non-German hindering German construction in the Government General was to be tried by summary courts of the Security Police and SD and sentenced to death.
The economic demands made on the Government General were far in excess of the needs of the army of occupation and were out of all proportion to the resources of the country. The food raised in Poland was shipped to Germany on such a wide scale that the rations of the population of the occupied territories were reduced to starvation level and epidemics were widespread. Some steps were taken to provide for the feeding of the agricultural workers who were used to raise the crops, but the requirements of the rest of the population were disregarded. It is undoubtedly true, as argued by counsel for the Defense, that some suffering in the Government General was inevitable as a result of the ravages of war and the economic confusion resulting therefrom, but the suffering was increased by a planned policy of economic exploitation.
Frank introduced the deportation of slave laborers to Germany in the very early stages of his administration. On 25 January 1940, he indicated his intention of deporting a million laborers to Germany, suggesting on 10 May 1940 the use of police raids to meet this quota. On 18 August 1942, Frank reported that he had supplied 800,000 workers for the Reich and expected to be able to supply 140,000 more before the end of the year.
The persecution of the Jews was immediately begun in the Government General. The area originally contained from 2,500,000 to 3,500,000 Jews. They were forced into ghettos, subjected to discriminatory laws, deprived of the food necessary to avoid starvation, and finally systematically and brutally exterminated. On 16 December '1941, Frank told the Cabinet of the Government General: "'We must annihilate the Jews wherever we find them and wherever it is possible in order to maintain there the structure of the Reich as a whole". By 25 January 1944, Frank estimated that there were only 100,000 Jews left.
At the beginning of his testimony, Frank stated that he had a feeling of "terrible guilt" for the atrocities committed in the occupied territories, but his defense was largely devoted to an attempt to prove that he was not in fact responsible, that he ordered only the necessary pacification measures, that the excesses were due to the activities of the Police which were not under his control and that he never even knew of the activities of the concentration camps. It has also been argued that the starvation was due to the aftermath of the war and policies carried out under the Four Year Plan, that the forced labor program was under the direction of Sauckel and that the extermination of the Jews was by the Police and SS under direct orders from Himmler.
It is undoubtedly true that most of the criminal program charged against Frank was put into effect through the Police, that Frank had jurisdictional difficulties with Himmler over the control of the Police and that Hitler resolved many of these disputes in favor of Himmler. It therefore may well be true that some of the crimes committed in the Government General were committed without the knowledge of Frank and even despite his opposition occasionally. It may also be true that some of the criminal policies put into effect in the Government General did not originate with Frank but were carried out pursuant to orders from Germany. But it is also true that Frank was a willing and knowing participant in the use of terrorism in Poland; in the economic exploitation of Poland in a way which led to the death by starvation of a large number of people, in the deportation to Germany as slave laborers of over a million Poles and in a program involving the murder of at least 3 million Jews.

concentration camp
Closed camp where people are being held captive that are considered to be anti- social, enemies of the state, criminal or unwanted individuals. These groups mostly do not get a fair trial or are condemned to doing time in a camp.
crimes against humanity
Term that was introduced during the Nuremburg Trials. Crimes against humanity are inhuman treatment against civilian population and persecution on the basis of race or political or religious beliefs.
Four Year Plan
A German economic plan focussing at all sectors of the economy whereby established production goals had to be achieved in four years time.
Jews
Middle Eastern people with own religion that lived in Palestine. They distinguished themselves by their strong monotheism and the strict observance of the Law and tradition. During World War 2 the Jewish people were ruthlessly persecuted and annihilated by the German Nazis. . An estimated 6,000,000 Jews were exterminated.
liquidate
Annihilate, terminate, destroy.
Nazi
Abbreviation of a national socialist.
offensive
Attack on a smaller or larger scale.
war crimes
Crimes committed in wartime. Often concerning crimes committed by soldiers against civilians. 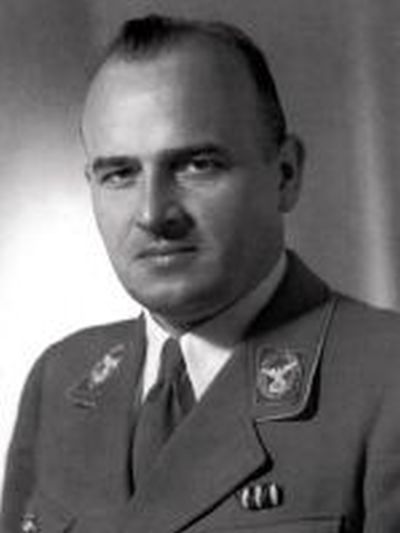