Hans Oster would evolve into one of Germanys most controversial military. After a brilliant career in the Wehrmacht and a successful career as a spy, he became the nucleus of the German resistance against the Nazis.

Hans Oster, the son of a Protestant minister was born in Dresden on August 9th, 1887. After graduating from secondary school in 1907 he entered service in the German army. In World War One Oster served as an artillery officer and in the last year of the war, he was posted to the General Staff. Hans Oster proved to possess exceptional qualities of organization and was an expert in gathering vital information. He was decorated numerous times for this during the war. After the war he remained in the army and rose to the rank of Major in 1929. In 1932, Oster was dishonorably discharged from the Reichswehr because of an affair with the wife of a fellow officer.

In May 1933, he re-entered service and was posted to the Forschungsamt der Luftwaffe (research agency), some sort of secret service of the Luftwaffe. Franz Halder appointed him civil co worker in the Abwehrabteilung des Reichswehrministeriums under General Bredow. The assassination of his former superiors Kurt von Schleicher and Bredow in 1934 and the humiliation of Werner von Fritsch caused Hans Oster to develop an increasing hatred of Hitler (Bio Hitler) and the N.S.D.A.P. From that moment on, Oster was involved in the increasing resistance against Hitler within the command of the army.

In 1935, Admiral Wilhelm Canaris (Bio Canaris) was appointed new chief of the Abwehr and Hans Oster was appointed his deputy. Holding the rank of Oberstleutnant, he was in charge of the Zentralabteilung (Central office) and bore overall responsibility for financial and personnel affairs. At the time of the Sudeten crisis in 1938, he took part in a movement within the Wehrmacht that tried to prevent war. This made him one of the leading figures of the coup in September 1935 that was cancelled. As one of the few members of the resistance in the Wehrmacht, Oster was already convinced that overthrowing the regime would only be possible if Adolf Hiter were killed. The (cancelled) coup was to be carried out by a secret group under command of Major Wilhelm Heinz; it was agreed that Hitler would be shot during a provoked shooting incident in a planned attack on the Reichskanzlei by commandoes.

Hans Oster was promoted to Oberst in 1939. In the beginning of World War Two he played a role in passing the dates of the scheduled attacks to the countries that were going to be attacked. He had a special relationship with Dutch military attaché in Berlin, Kolonel J.G. Sas. Owing to the frequent change of dates, the warnings were disbelieved by the various army leaderships.

Being Chief of Staff of the Amt Ausland/Abwehr (Foreign Intelligence Office) within the O.K.W. (Supreme command of the armed forces), Oster acted as initiator of various acts of resistance within the Wehrmacht, secretly assisting those persecuted by the regime. In this he was supported by Canaris himself. Nonetheless, he made it to Generalmajor in 1942. In February 1943, Hans Oster delivered the explosives to Oberst Henning von Treschkov for the planned attack on Hitler by members of the Heeresgruppe Mitte (Army group center) during Hitlers visit to their HQ in Smolensk on March 13th. The attempt failed however as the bombs did not explode due to the freezing cold. When also in 1943, Hans von Dohnanyi, a colleague of Oster, was arrested for activities hostile to the state, Oster came under suspicion as well and from that moment on, he was under close surveillance by the Gestapo.

In 1944, Canaris activities were exposed and after his discharge of head of the Abwehr, Himmler (Bio Himmler) took charge of the Abwehr himself. On March 31st, Oster was relieved of his function as Himmler did not trust him any longer. After the failed attempt on Hitler on July 20th by Oberst Claus Schenk Graf von Stauffenberg (Bio Von Stauffenberg), the conspiracy was exposed. Oster was arrested after July 21st when evidence was discovered to the effect he was to be named chairman of the yet to be established Reichskriegsgericht after the transition of power.

On April 9th, 1945, Wilhelm Canaris, Hans Oster, Dr. Hans von Dohnanyi and reverend Dietrich Bonhoeffer were hanged in concentration camp Flossenbürg by members of the SS. In order to humiliate them, the men were marched to the gallows naked.

Abwehr
Term used for the German military intelligence unit during the WW1 and WW2. From 1935 onwards under command of Admiral Wilhelm Canaris. The organisation often came into conflict with other secret services such as the SD and the Gestapo. During World War 2 under Canaris frequently a source for conspiracies against the Nazi regime until in 1943 a major conspiracy by a number of prominent members of the Abwehr was discovered and the Abwehr was placed under command of Himmler. After the assassination attempt on Hitler in 1944, Canaris was discharged and the Abwehr was dissolved. The conspirators and Canaris were prosecuted and in 1945 they were executed atc oncentration camp Flossenburg.
concentration camp
Closed camp where people are being held captive that are considered to be anti- social, enemies of the state, criminal or unwanted individuals. These groups mostly do not get a fair trial or are condemned to doing time in a camp.
Gestapo
Geheime Staatspolizei. Secret state police, the secret police in the Third Reich.
Heeresgruppe
The largest German ground formation and was directly subordinate to the OKH. Mainly consisting of a number of Armeen with few directly subordinate other units. A Heeresgruppe operated in a large area and could number several 100,000 men.
Luftwaffe
German air force.
Reichswehr
German army during the Weimar republic.
resistance
Resistance against the enemy. Often also with armed resources.
Wehrmacht
German armed military forces, divided in ground forces, air force and navy. 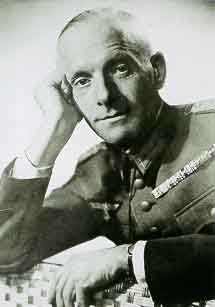 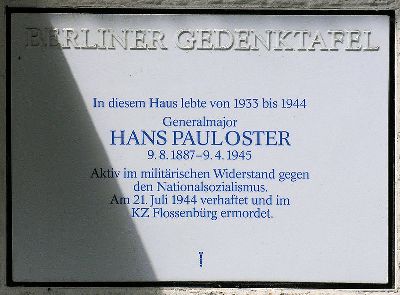