On August 12th 1940, it was indicated that the Zerstörer-Kriegsabzeichen (Destroyer Warbadge) could also be awarded to sailors from the German S-Boat forces. The crews themselves were not very pleased with this arrangement. Finally on May 30th 1941, the Schnellboot-Kriegsabzeichen was instituted. The award could be awarded after completing 12 operational assignments in S-boats. This could be fewer when certain assignments were very successful, if a sailor himself was specially dedicated or got killed in the line of his duty. Previously awarded Zerstörer-Kriegsabzeichen, obtained for S-boat duty, could be exchanged for a Schnellboot-Kriegsabzeichen. When on a mission the whole S-boat was lost, the crew could receive the award posthumously. The award was to be carried on the left side of the breast.
There were two variants of the common Schnellboot-Kriegsabzeichen and there was a special version with diamonds. 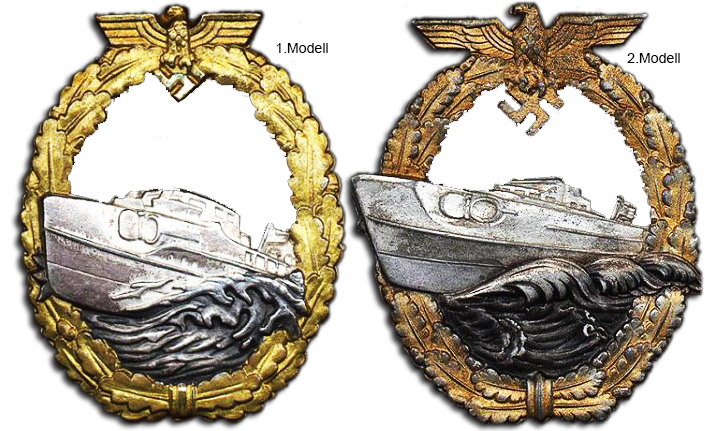 Schnellboot-Kriegsabzeichen mit BrilliantenE-Boat badge with diamonds
In the database: 8
Issued:8