The Air Force Cross consists of a bronze cross with an oxidized satin finish. Centered on the obverse of the cross is a gold-plated American bald eagle, wings displayed against a cloud formation, (as used on the seal of the Air Force). This design is encircled by a laurel wreath in green enamel, edged in gold. The reverse of the cross is blank and suitable for engraving.

The Ribbon has a very wide center stripe of Brittany blue with narrow stripes of white and red at the edges. Almost identical to the Distinguished Service Cross, except for the lighter blue center stripe, indicating the close connection of these awards.

The Air Force Cross is the second highest decoration awarded by the Air Force and is given for extraordinary heroism not justifying the award of a Medal of Honor. It may be awarded to any person who, while serving in any capacity with the U.S Air Force, distinguishes himself by extraordinary heroism (1) in action against an enemy of the United States; (2) while engaged in military operations involving conflict with an opposing foreign force; or, (3) while serving with friendly foreign forces engaged in an armed conflict against an opposing armed force in which the United States is not a belligerent party. Like the Distinguished Service Cross, the Air Force Cross is presented in the name of the President, although the Air Force itself actually controls this award.

The effective date of the Air Force Cross is July 6, 1960; however, awards based on earlier actions may be made after that date if the recommendations for them have not been acted on or have been lost.
Three awards were belated presentations. Major Urban L. Drew was nominated for the DSC during World War II, and it was denied. Decades later when new information was uncovered, his nomination for the DSC was revived and, since the Air Force now had its own award equal to the DSC, he received the Air Force Cross. Similar circumstances led to a similar award to William J. Sloan on or near the year 2000. Not until 2008 it was to be awarded to a WW2 action for the third time, this time to Charles L. Brown.

The Air Force Cross is worn after the Medal of Honor and before all other decorations.

Additional awards of the Air Force Cross are denoted by Oak Leaf Clusters. 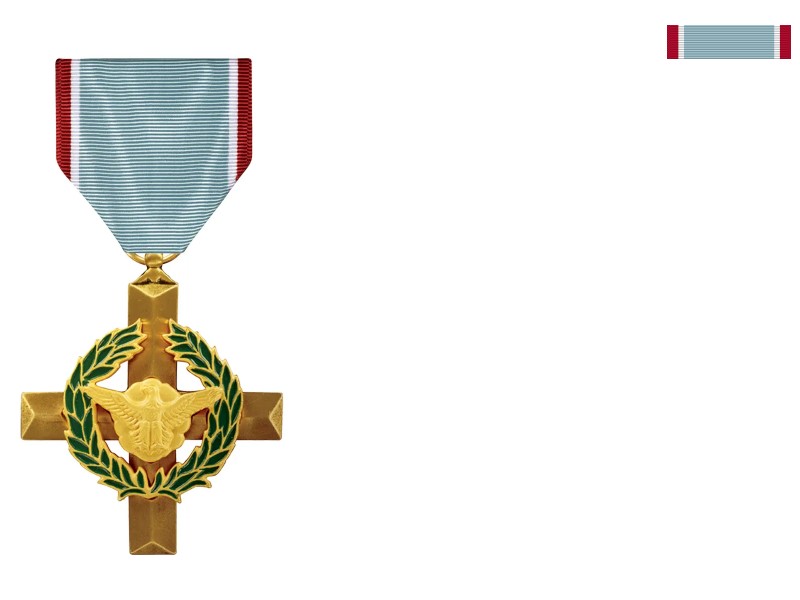