The SA-Sportsbadge (SA-Sportabziechen), also known as SA-Wehrabzeichen, was instituted by Adolf Hitler on 28th November 1933 and recognized as an official Party Decoration by the NSDAP on 6th November 1936. It was introduced to recognize the fysical health of SA-Members. In 1935, the name was changed to SA-Wehrabzeichen and it was permitted to be worn by not SA-members on 18th February 1935.
At first there was a Golden, Silver and Bronze award. In 1943, there was a new award introduced for wounded SA-members.

To be able to receive the decoration, a number of tests had to be done. The tests consisted of three groueps: 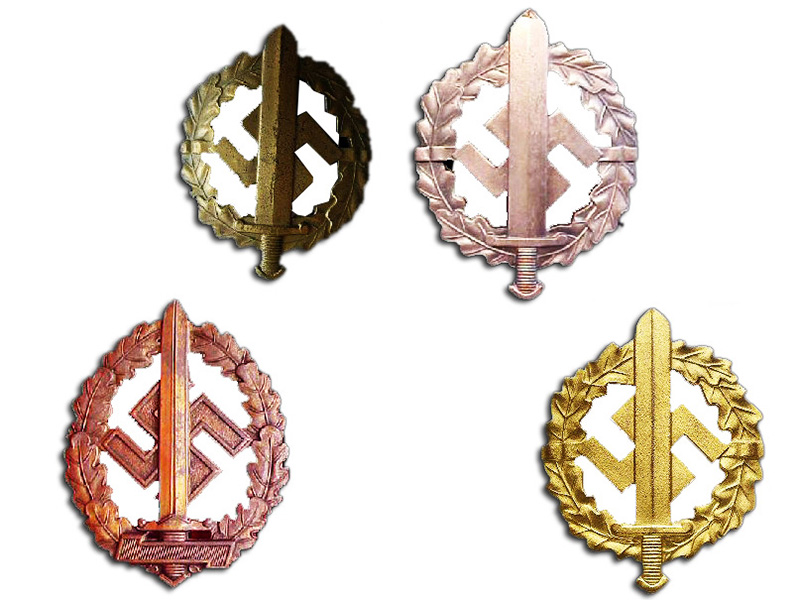 Goldenes SA-SportabzeichenSA Sports Badge in Gold
In the database: 14
Issued:unknown

Bronzes SA-SportabzeichenSA Sports Badge in Bronze
In the database: 151
Issued:unknown