The Dickin Medal was the Victoria Cross for animals, the highest decoration for service during wartime. This prestigious medal is being awarded by the Peoples Dispensary for Sick Animals (PDSA) which is an animal veterinary charity in the United Kingdom. The Dickin Medal for is awarded to animals for "acts of conspicuous gallantry and devotion to duty in wartime."

The medal was instituted in 1943 and named after the PDSA founder Mrs. M.E. Dickin MBE. The medal is inscribed PDSA, For Gallantry, We also serve and engraved on the reverse with the details of the event.

For actions during the Second World War, a total of 54 Dickin Medals were awarded of whom 32 to pigeons, 18 to dogs, 3 to horses and one to a cat. 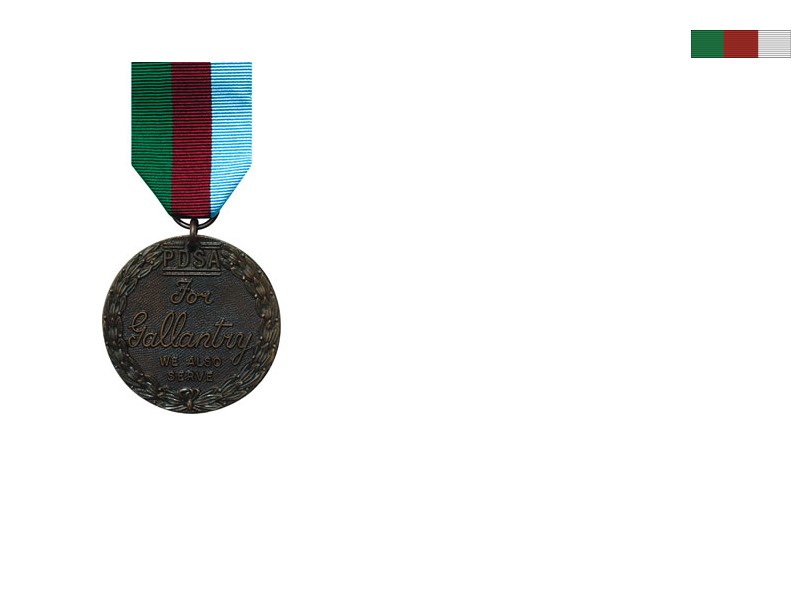