The Air Warden Honour Award (Luftschutz-Ehrenzeichen) is instituted on 30 January 1938 and was awarded for bravery during and direct after Allied air raids. This medal was instituted in two classes and both classes were designed by Egon Jantke of Berlin. The Air Warden Honour Award was not only reserved for the members of the Luftschutz (Air Raid Precautions) but could also be awarded to factory guards, fire fighters, police ect. The golden cross of the 1st Class is only 150 times awarded during the entire war and was only awarded for extraordinary bravery and service for the protection of the German civil population. 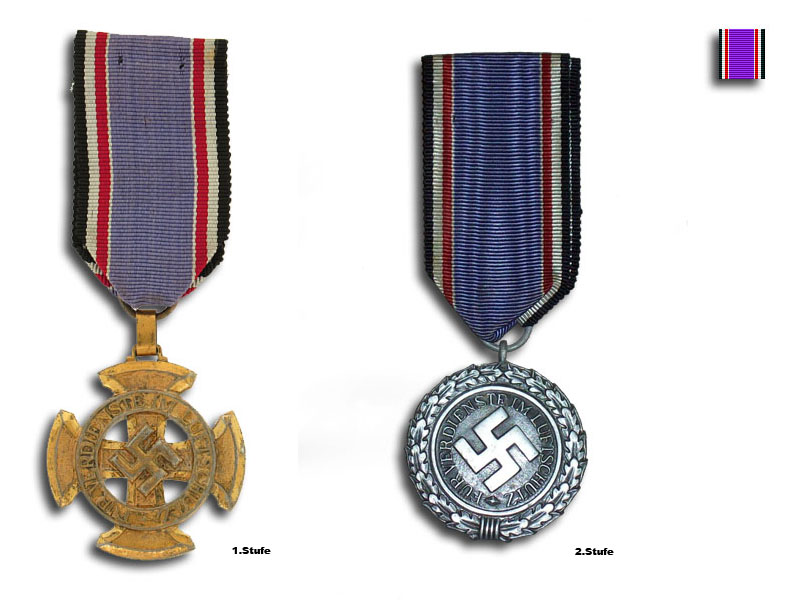