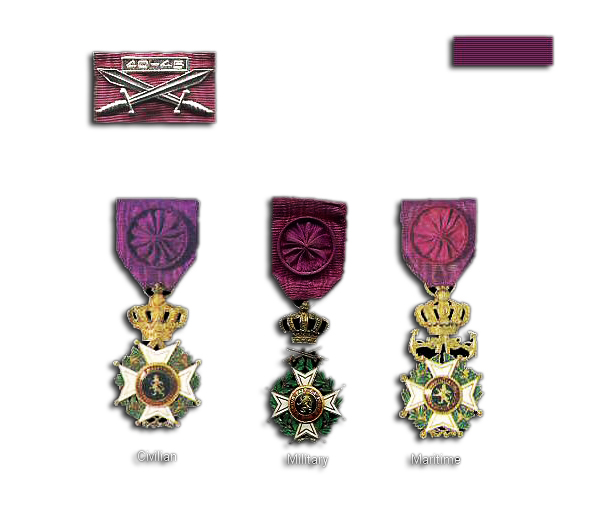 Grootlint in de Leopoldsorde / Grand cordon de l'Ordre de LéopoldGrand Cordon of the Order of Leopold
In the database: 39
Issued:unknown

Grootofficier in de Leopoldsorde / Grand officier de l'Ordre de LéopoldGrand Officer of the Order of Leopold
In the database: 21
Issued:unknown

Commandeur in de Leopoldsorde / Commandeur de l'Ordre de LéopoldCommander to the Order of Leopold
In the database: 28
Issued:unknown

Officier in de Leopoldsorde / Officier de l'Ordre de LéopoldOfficer to the Order of Leopold
In the database: 47
Issued:unknown

Ridder in de Leopoldsorde / Chevalier de l'Ordre de LéopoldKnight to the Order of Leopold
In the database: 47
Issued:unknown