This decoration was instituted in 1917 during World War One and awarded for acts of devotion in the public interests of war but on November 22nd, 1946, it was decreed that certain resistance activities would merit this award also.
The obverse of the medal varies, one variant shows a man helping a victim, another depicts a woman, facing left with a branch in her hands. The first version was introduced from 1917 until 1946. The second version was specially designed in relation to the Second World War.
During World War Two, some 13.000 decorations were awarded for various activities.
The decoration has three classes: a silver-gilt medal with a rosette on the ribbon; a silver medal with a blue-enameled cross on the ribbon and a Bronze medal. 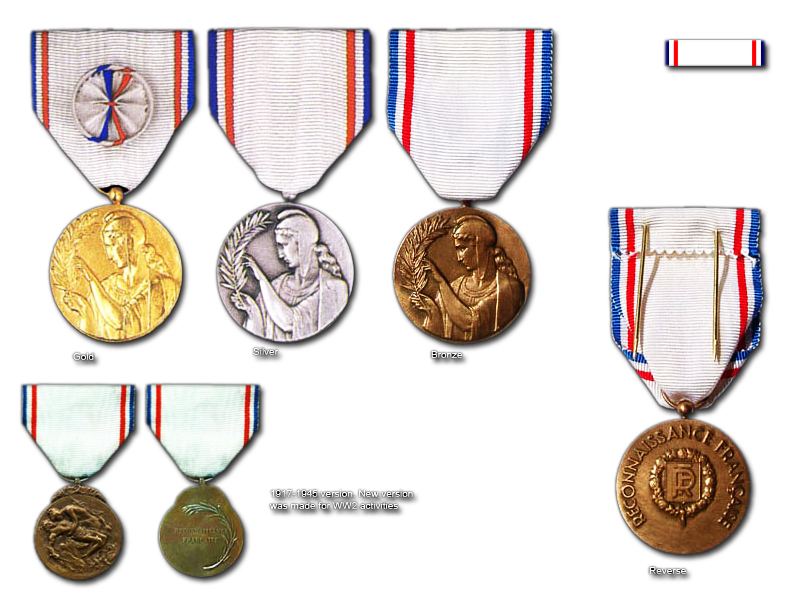