This medal was authorized in July 1922 for soldiers of the Army of the Levant and to Naval personnel who had operated on the Syrian-Cilician coast between November 11th, 1918 and October 20th, 1920 and to others who had taken part in certain battles after this date. It was awarded by the Vichy Government for the campaigns of 1941 and the medal had a bar with the text 'Levant 1941'
The ribbon is in horizontal wavy stripes of pale blue and white. 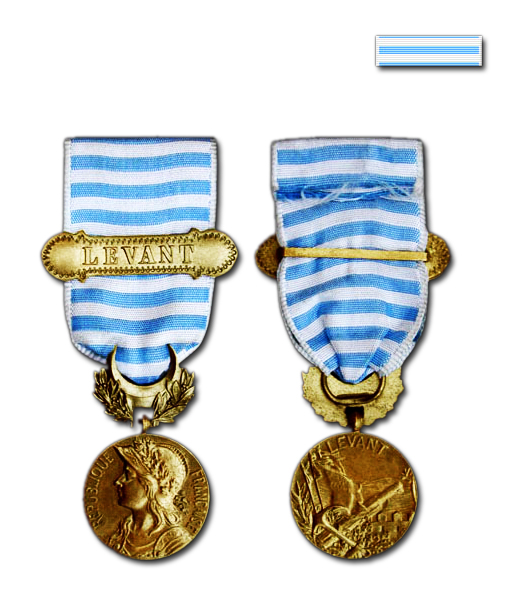