The "Sampson Medal" was instituted by the US Congress on March 3rd, 1901 as a commemorative medal to US Navy participants during the Spanish-American War.
It could be awarded to persons who participated on board of ships under the command of Rear Admiral William T. Sampson during fleet operations in the West Indies and around Cuba.

The front of the medal, designed by Charles E. Barber, shows the buste of Admiral Sampson. The reverse, designed by George T. Moran, shows a Naval Officer, a Sailor and a Marine on a rock, containing the name of the operation the medal was received for. The medal hangs from a red-blue-red ribbon from a clasp showing the name of the ship of the recipient. The name of the recipient was engraved on the rim of the medal.
For multiple operations new clasps could be placed on the ribbon. 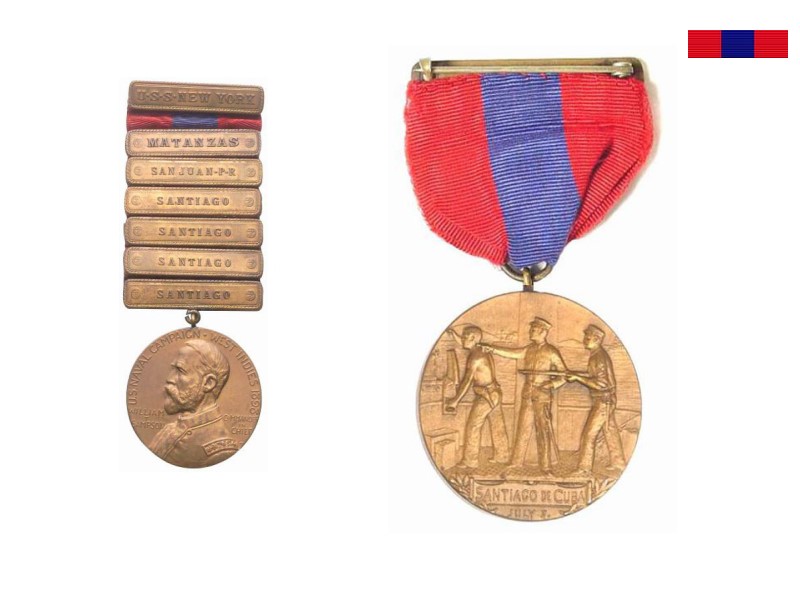