The Sewindu Medal of the Armed Forces of the Republic of Indonesia is a badge of honor issued by the Ministry of Defense to Indonesian citizens who have served continuously and consecutively in the military corps from October 5, 1945 to October 5, 1953 (8 years service).

The medal is in the shape of a regular eight-cornered medal made of gilt bronze thirty-four millimeters wide, in the center in a circle of ribbons with the words' Sewindu Angkatan Revolusi Republik Indonesia ", depicted as a Garuda with a five-pointed star above his head, eight small five-pointed stars in a circle on his chest, and a three-link chain in his grip.

The white ribbon is interrupted with 8 red stripes. 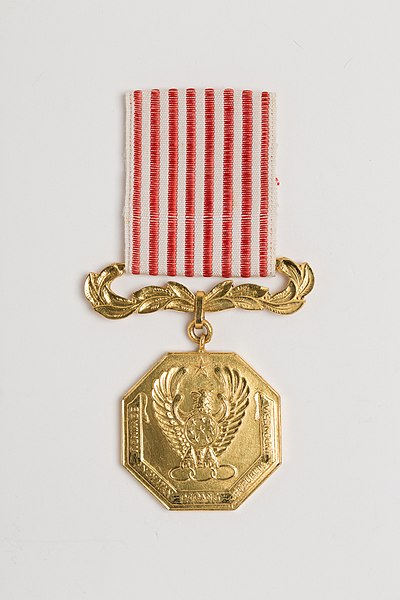