Crashed in the hostile nature of Netherlands New Guinea

[TRANSLATED BY: THIJS DE VEEN] In the summer of 1944 not only Normandy was the stage of war against a ruthless occupier. In the East too the allied forces were fighting a battle. In Netherlands New Guinea the Americans, Australians and Dutch fought side by side against the Japanese. In his new book KAIS Bas Kreuger tells the story of a lesser known, nonetheless very interesting history that took place at this war front. 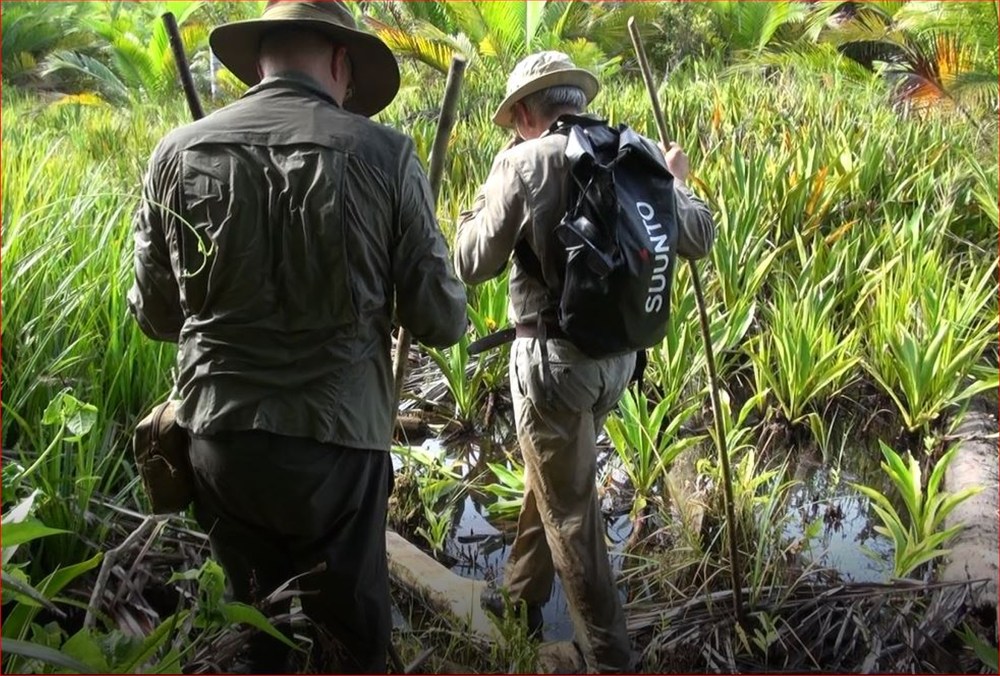 The title of your book is KAIS, what does this mean and what is the book about?

The book is about the emergency landing in 1944 of an American bomber (a B-25H) of a night hunting squadron which during a transition period also started flying during the day without hunters, but with bombers. The rescue of the crew from the inlands, the jungle and the swamp in Netherlands New Guinea is central, as well as the expedition in 2019 to find back the wreck of that plane. KAIS is the river across of which all transport took place, both in 1944 and in 2019. It was the only access road into the jungle and swamp.

How did you stumble upon the subject of your book and why did you decide to write a book about this? Has more been written about this before?

The subject of this crash and rescue follows from a much broader investigation into crashes in Netherlands New Guinea that Ive been doing for some years, in the extension of my work in the period 1990-1999 at the Military Aviation Museum. This crash stood out in such a way and was clearly so special that it deserved its entirely own story. Moreover the combination of Dutch, American, Australian, Indonesian and Papuan collaboration makes it an extraordinary story. About the war in Netherlands New Guinea very little has been written. Here and there something about the guerrilla-warfare that was waged there, but barely about the American, Australian and Dutch actions. 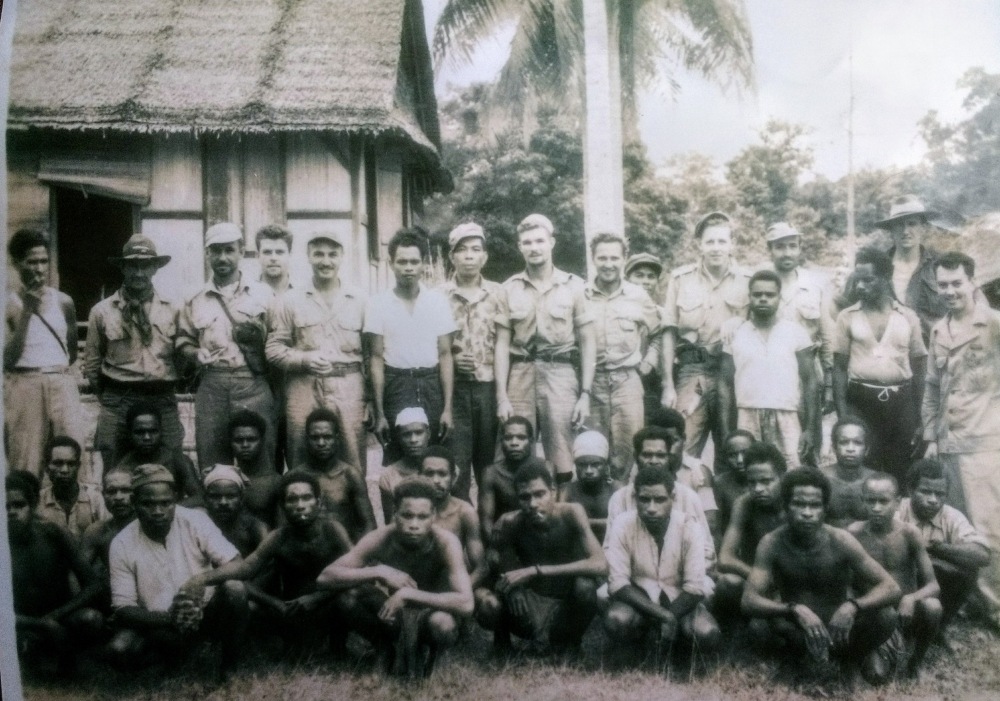 The B-25 crew (middle next to the palm tree) plus rescue team and rowers (Rapmund fully right). Photo via family Rapmund

Is your book non-fiction or a novel in which you combine facts and fiction?

No, my book is most surely not a novel. Not a single part of it is made up or filled in blank spaces! Also all dialogues and contemplations are originating from memoires, diaries, biographies and memories.

What were your most important sources and was it easy for you to get your hand on them?

Fortunately the National Archive contains a very good report concerning the rescue of the aircrew, written by Louis Rapmund (7 pages) and there is a biography of Harold Tantaquidgeon. Those made up for 70-80% of the story about the crash and the rescue. The remaining 30% comes from squadron logbooks, reports by the 5th US Air Force, the Australian army etc. Many details and little elements come via the family members of both the aviators as well as the rescue team. I was in the fortunate situation in the autumn of 2019 to be able to travel to Australia for another historic investigation and used that opportunity to do research at the Australian War Memorial and the National Archives in Canberra. Particularly tracing the families of the crew of the rescue team was incredibly difficult (and still is as I am still missing quite some information).

Could you tell something more about the historic background of your story? It takes place in Netherlands New Guinea. What was happening there during the war?

New Guinea in general (so both what is now Papua New Guinea and West Papua, the former Netherlands New Guinea) is a rather forgotten battlefield of World War II that has gotten way and way less attention than the battle in the Pacific (Okinawa, Iwo Jima etc.). When something about that campaign comes up, it is either the Kokoda Trail (the campaign in 1942-1943 on the east side of the island where the Australians showed themselves to be unyielding) or the campaign by Mac Arthur in the Philippines of 44-45. Especially the input of small Dutch detachments and units in New Guinea from 1942 onwards, the contribution delivered by the Dutch merchant fleet and the actions of the NICA and NEFIS (military authority and intelligence service) are more than worth telling. Ultimately there are many hundreds, if not thousands, of airplanes and crewmembers laying across all of New Guinea that have never been found or salvaged. They too deserve their stories to be told.

One of the main characters in your book is the Dutch Lieutenant Louis Rapmund. What kind of person was he and how did he end up in Netherlands New Guinea?

Louis originates from Java and in 1942 just managed to escape from the Japanese. That brought him to London at the end of 42 where he became the first photographer of the Naval Public Relations. A talented (amateur)photographer thus became a chronicler of the Dutch troops in England in 1943. His Indonesian heritage and knowledge of the country, language and habits made that the Indonesian Government demanded him at the end of 1943 and he left for Australia where he started working at the NEFIS (Major Railway) and via the NEFIS for the NICA. His entrepreneurial spirit and willingness to take action brought him to New Guinea in a series of operations in which he managed to save hundreds if not thousands of people. 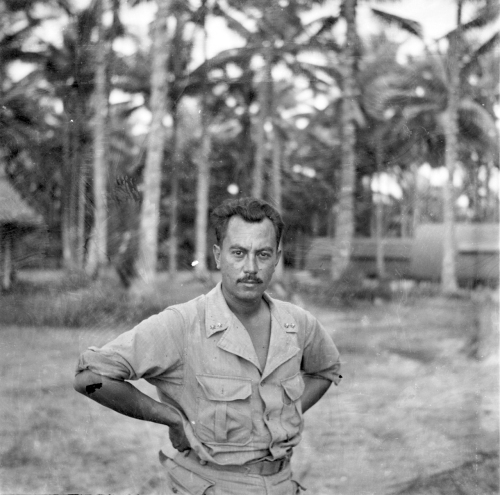 The nature undoubtedly plays an important role in your story. The rescue action took place in the wetlands and in the jungle. Which dangers did the members of the rescue team have to endure and how did they succeed to survive during an expedition of almost 300 kilometres? Are you familiar yourself with this terrain or did you rely on the sources?

The nature of New Guinea is perhaps the most hostile for humans in the whole world. Mostly because of the combination of climate (hot, moisty), pathogens (microbes, parasites, inflammations etc.) and wild animals such as crocodiles, snakes and extremely venomous centipedes. The crew survived the first period with what they still had on board, after that with fishing and hunting frogs and finally through (luckily) regularly thrown off food packages. I visited New Guinea for an expedition already back in 1999, in 2007 Borneo and in 2019 again and consequently I already knew the terrain a bit. The advantage for the expedition of 2019 was that we were joined by Max Ammer. Max has been living in New Guinea/West Papua ever since 1995 and is very much acquainted with the area, the people and the nature. 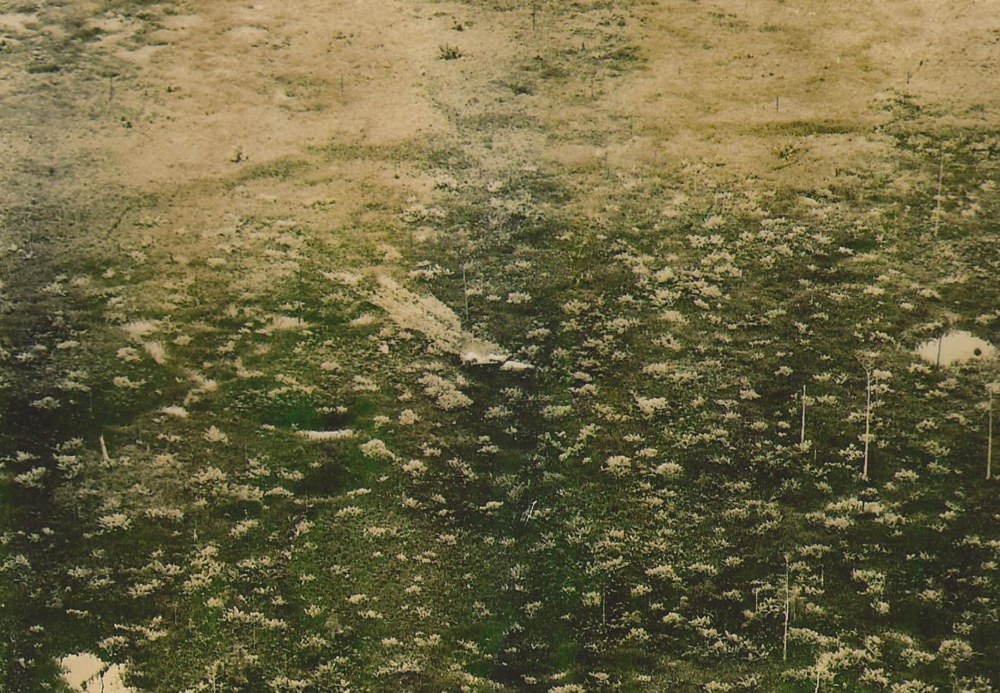 In 2019 five Dutch people searched for the wreck of the bomber from your book. How did this expedition go and were you involved in it?

I organized the expedition (which I started with in 2016) and was one of the participants. We did not manage to do or find everything for which we went to West Papua, but the experience to travel after the same route as the rescue team and actually enter the swamp in search for the wreck of the bomber was amazing and enriches the historic story enormously. 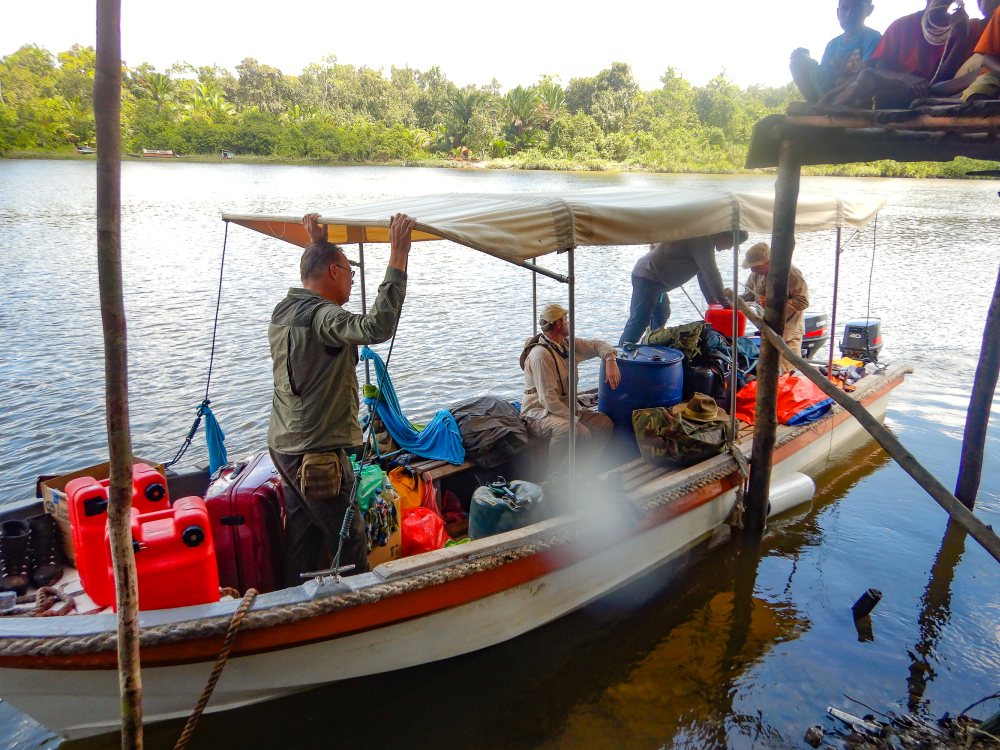 With the boat on the Kais river January 2019. Photo Fred Warmer