Arthur Aaron was a native of Gledhow, Leeds, Yorkshire, and was educated at Roundhay School and Leeds School of Architecture when the war began. He enlisted in the Royal Air Force, and trained as a pilot in Texas. On completion of his early training and the award of his pilots wings he returned to England, where he eventually joined No. 218 (Gold Coast) Squadron, based at RAF Downham Market, Norfolk. The squadron was at the time equipped with the four engine Short Stirling heavy bombers. By the time of his tragic death at the age of 21 he had completed 19 operational sorties as captain and a further 3 as 2nd.

Recommendation:
"This NCO has completed 19 successful operations, the majority of which have been against the most heavily defended areas in Germany. He has avoided trouble by his skill in anticipating enemy action and taking the correct evasive action. On one occasion when his aircraft was hit by incendiaries dropped from above, a fire started in the rear of the bomb doors. The wireless operator and engineer managed to get it under control while the attack was pressed home. He has proved himself an exceptional captain and leader. I wish to recommend him for the award of the Distinguished Flying Medal.

Strongly recommended. This NCO is highly imaginative and rather highly strung individual. The fact that he is always doggedly determined to reach and bomb the target in any circumstances is considered doubly commendable.

On the night of 12/13th August, 1943 after this recommendation was first made. Sergeant Aaron completed his 20th sortie with a bombing attack on Turin and was wounded in action. The award of the distinguished Flying Medal is recommended. "

Citation:
"On the night of 12th August, 1943, Flight Sergeant Aaron was captain and pilot of a Stirling aircraft detailed to attack Turin. When approaching to attack, the bomber received devastating bursts of fire from an enemy fighter. Three engines were hit, the windscreen shattered, the front and rear turrets put out of action and the elevator control damaged, causing . the aircraft to become unstable and difficult to control. The navigator was killed and other members of the crew were wounded.
A bullet struck Flight Sergeant Aaron in the face, breaking his jaw and tearing away part of his face. He was also wounded in the lung and his right arm was rendered useless. As he fell forward over the control column, the aircraft dived several thousand feet. Control was regained by the flight engineer at 3,000 feet. Unable to speak, Flight Sergeant Aaron urged the bomb aimer by signs to take over the controls. Course
was then set southwards in an endeavour to fly the crippled bomber, with one engine out of action, to Sicily or North Africa.
Flight Sergeant Aaron was assisted to the rear of the aircraft and treated with morphia. After resting for some time he rallied and, mindful of his responsibility as captain of aircraft, insisted on returning to the pilot's cockpit, where he was lifted into his seat and had his feet placed on the rudder bar.
Twice he made determined attempts to take control and hold the aircraft to its course but his weakness was evident and with difficulty he was persuaded to desist. Though in great pain and suffering from exhaustion, he continued to help by writing directions with his left hand.
Five hours after leaving the target the petrol began to run low, but soon afterwards the flare path at Bone airfield was sighted.
Flight Sergeant Aaron summoned his failing strength to direct the bomb aimer in the hazardous task of landing the damaged aircraft
in the darkness with undercarriage retracted. Four attempts were made under his direction; at the fifth Flight Sergeant Aaron was so near to collapsing that he had to be restrained by the crew and the landing was completed by the bomb aimer.
Nine hours after landing, Flight Sergeant Aaron died from exhaustion. Had he been content, when grievously wounded, to lie still and conserve his failing strength, he would probably have recovered, but he saw it as
his duty to exert himself to the utmost, if necessary with his last breath, to ensure that his aircraft and crew did not fall into enemy hands. In appalling conditions he showed the greatest qualities of courage, determination and leadership and, though wounded and dying, he set an example of devotion to duty which has seldom been equalled and never surpassed." 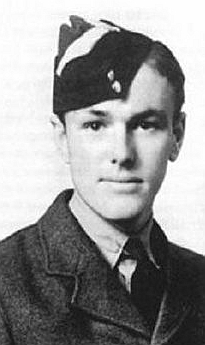 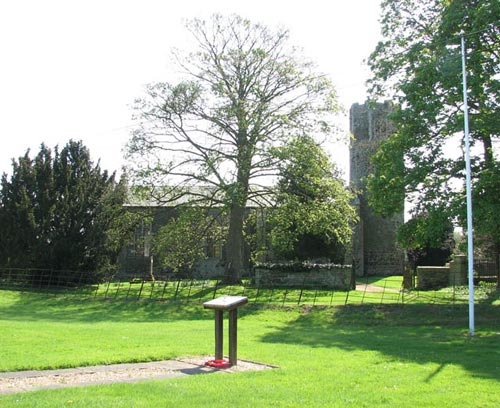 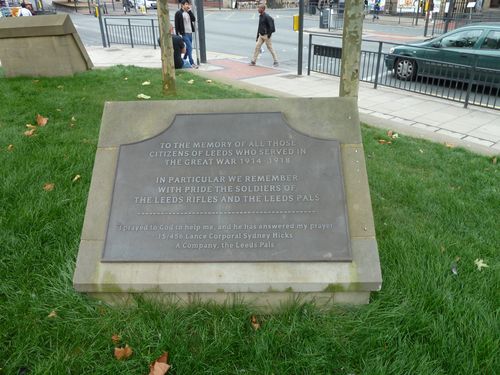