"Private First Class Joe M. Nishimoto distinguished himself by extraordinary heroism in action on 7 November 1944, near La Houssière, France. After three days of unsuccessful attempts by his company to dislodge the enemy from a strongly defended ridge, Private First Class Nishimoto, as acting squad leader, boldly crawled forward through a heavily mined and booby-trapped area. Spotting a machine gun nest, he hurled a grenade and destroyed the emplacement. Then, circling to the rear of another machine gun position, he fired his submachine gun at point-blank range, killing one gunner and wounding another. Pursuing two enemy riflemen, Private First Class Nishimoto killed one, while the other hastily retreated. Continuing his determined assault, he drove another machine gun crew from its position. The enemy, with their key strong points taken, were forced to withdraw from this sector. Private First Class Nishimotos extraordinary heroism and devotion to duty are in keeping with the highest traditions of military service and reflect great credit on him, his unit, and the United States Army." 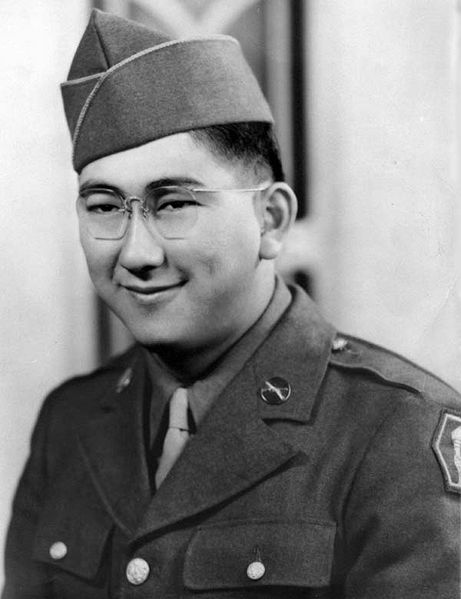