Awarded for achieving the following successes during the fighting along the lower Narew river:
1.) Repelling 6 Soviet armour-led attacks (each about 20-30 tanks strong) with his Batterie during the time period 10.-13.09.1944. Adamowitsch personally destroyed over 20 tanks during this period, while his subordinate Sturmgeschütze destroyed a further 37.
2.) Playing a major role in the relief of the encircled 129. Infanterie-Division. He and his Batterie broke the Soviet encirclement ring in the area around Charamany and thereby helped to enable the Division to escape at the last moment. 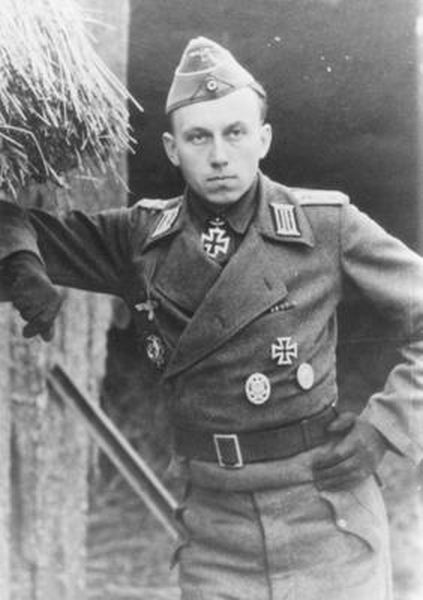