Günther Anhalt joined the Nazi Party (NSDAP) on July 1, 1932, and in 1933 he was one of the first soldiers to join the SS Stabswache "Berlin", 240 men forming a bodyguard division for the NSDAP.
He was sent to Jüterbog for three months of military training on 27 July 1934, and was assigned to the 2nd training company under SS-Hauptsturmführer Sator.
On 17 October 1934, he was promoted to SS-Hauptscharführer of the 7th Company of the newly renamed Leibstandarte SS "Adolf Hitler", (LSSAH).

Anhalt took command of the 7th Company.
On 22 May 1939, the 7th Company was the military honor guard for the meeting of Italy's Count Ciano and Germany's foreign minister Joachim von Ribbentrop in Berlin for the signing of the German Italian friendship and alliance pact, the Pact of Steel.
On 28 August 1939, Anhalt became the platoon leader of the 5th Company of the LSSAH, under battalion commander Wilhelm Mohnke. Anhalt went to war against Poland with this company, where he was wounded, together with his commander Mohnke, on September 7, 1939.

On 10 May 1940, Anhalt ascended to the command of the 6th Company, II. Bataillon.
During this time, 12 members of the bataillon were involved in the Wormhoudt massacre, a war crime in which eighty British POW's were killed in retaliation for the supposed death of Sepp Dietrich. Involvement of his unit or himself is not documented. On 6 April 1941, he was given command of the 1st Engineer Company of Leibstandarte "Adolf Hitler".

On 9 July 1941, Anhalt took over the IV Battalion after the invasion of Russia.
On July 5, 1942, the LSSAH was transformed into a motorized division (Grenadier), and Anhalt was given command of the III Battalion of the infantry regiment (mot.) 2 LSSAH.

Anhalt was next transferred to the SS Military Police.
He took command of the 2nd Regiment "Kampfgruppe von Gottberg". On July 1, 1944 Anhalt was transferred, becoming the commander of the SS police brigade "Anhalt".
On November 13, 1944, Anhalt took over the post of commander of the Waffen Infantry Regiment der SS (Bulgarian No. 1) and commanded of the SS regiment Freiwilligen infantry regiment 87.
In March 1945, he took command of the SS police regiment 98, which fought in the Battle of Berlin, where he was killed on 27 April 1945.

SS-Standartenführer Anhalt has demonstrated superb leadership and personal readiness while leading his SS-Pol.Rgt. 2 during the withdrawal operations in the central sector of the Eastern front. In this time he and his men repeatedly absorbed the blows of strong enemy forces and even threw them back in some cases. Despite being completely isolated at times, SS-Standartenführer Anhalt was able to hold his sector east of Borrisow by employing his units in a methodical fashion. He did so even though advancing enemy armour and the withdrawal of the right neighbouring unit created a danger of encirclement. His actions here enabled friendly withdrawal movements to be carried out according to plan and without major losses.

SS-Pol.Rgt. 2 was again encircled in the area around Minsk, and friendly relief efforts were denied by the enemy. In this situation SS-Standartenführer Anhalt once again showcased his exemplary soldierly bearing and ability to calmly evaluate a situation. He formed a tactical spearhead, placed himself at the head of his men and managed to pull off a successful breakout without significant losses to his own Regiment.

The SS-Pol.Rgt. 2 went on to hold off the hostile onslaught once again while fighting along the Memel front in the Grodno area despite having only weak forces that had been reinforced by supply troops. By now SS-Standartenführer Anhalt had sustained injuries to both of his feet during the withdrawal movements, however he continued to demonstrate heroic devotion to duty in spite of this. In such a frontline situation he repeatedly intercepted the wavering elements of his Regiment and sent them back into the fight.

On the grounds of his heroic personal readiness, I hold SS-Standartenführer Anhalt as worthy of being awarded the Knights Cross to the Iron Cross.

WIA the 07.09.1939 together with his company commander SS-Hstuf Wilhelm Mohnke 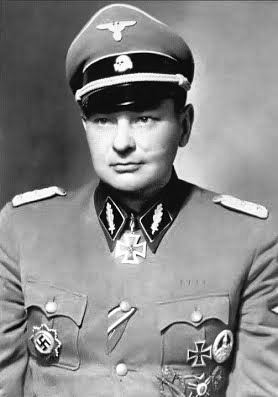 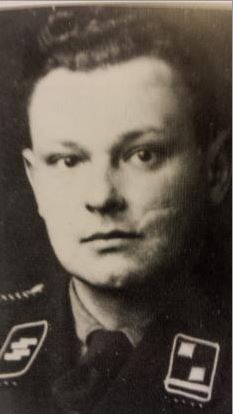