"On the Southern Front, following an unusually heavy bombardment, supported by strong artillery and tanks, the enemy attacked the town Cassino. The attacks failed due to the heroic resistance of the here employed Parachute Regiment 3 under the leadership of Colonel Heilmann and effectively supported by the Mortar Regiment 71 under the leadership of OBerstleutnant Andreae." 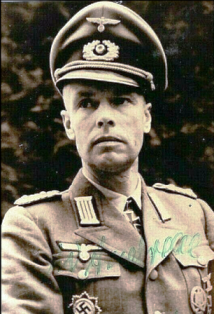