Adalbert von Blanc was born July 11th, 1907 in Wilhelmshafen, Germany and joined the Reichsmarine in 1926 as Seekadett. At the outbreak of the war, he served aboard the auxiliary cruiser Orion. Later on he served in minelayers (Minenflotillen) and in the Security Service (Sicherungsdienst).
After the war, Von Blanc again served in a flotilla of minesweepers and after this was disbanded, he was posted to the Maritime Customer Service (Seegrenzschutz). Following the establishment of the Bundeswehr, Von Blanc was drafted into the Bundesmarine, ultimately reaching the post of Commander Central Navycommand (Kommandeur Zentrales Marinekommando) in the rank of Flottenadmiral.
Adalbert von Blanc passed away November 7th, 1976 in Flensburg-Mürwik.
In 1964 Adalbert von Blanc received the "Großes Verdienstkreuz des Verdienstordens der Bundesrepublik Deutschland" (Grand Cross of Merit of the Order of Merit of the Federal Republic of Germany).

Mentioning:
"In the seven week long battle for the island Oesel and the last fight on Sworbe, security detachments of the Navy under the command of Fregattenkapitän Brauneis and Korvettenkapitän Kiefer distinguished themselves by successfully defending the coast against superior Soviet naval forces. Special recognition here deserves the maritime achievements of our combat crews of our combat ferries and minesweepers under the leadership of the chief of the 9. Sicherungsdivision, Fregattenkapitän von Blanc."

He has been especially recognized for the leadership of his units during the fighting for the Baltic Islands, particularly Sworbe. Here the brunt of the naval battle had to be borne by the security formations in uninterrupted operations. His personal readiness for duty cannot be overstated. He personally got onto Sworbe several times and also personally directed the embarkment of the last troops from the deck of a ship in the ocean. He bears the trust of his subordinated units, and has a particularly close relationship with them. He has particularly distinguished himself through good tactical acumen in conjunction with a wealth of combat experience he has gathered on the front. He was awarded the Knights Cross for his actions here as well as his earlier achievements in the prosecution of the war.

Awarded for the his efforts in the naval evacuation of soldiers and civilians in the last months of the war. Admiral Thiele wrote the following excerpt which among other things describes why he was awarded the Oakleaves

He and his subordinate units did an exemplary job of fulfilling my extremely high demands and requirements, which were unavoidable due to the overall military situation. Here his talent for practical solutions and his long record of successful activity in the eastern naval theatre proved to be invaluable. Blancs factually critical assessment of events shortly before the collapse in this area resulted in the successful evacuation of 50000 soldiers and refugees from the Danzig Bay to the west on the last day.


The formal awarding of the Eichenlaub von Blanc is uncertain. The numbering of official awardings had stopped at 843. According to the known data, this should have been the 866th award. 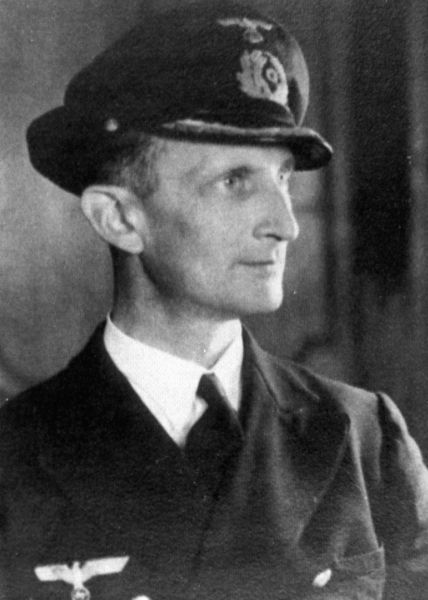