Citation:
"The late Lieutenant-Commander Gerard Broadmead ROOPE, Royal Navy. On the 8th April, 1940, H.M.S. Glowworm was proceeding alone in heavy weather towards a rendezvous in West Fjord, when she met and engaged two enemy destroyers, scoring at least one hit on them. The enemy broke off the action and headed North, to lead the Glowworm on to his supporting forces. The Commanding Officer, whilst correctly appreciating the intentions of the enemy, at once gave chase. The German heavy cruiser, Admiral Hipper, was sighted closing the Glowworm at high speed and an enemy report was sent which was received by H.M.S. Renown. Because of the heavy sea, the Glowworm could not shadow the enemy and the Commanding Officer therefore decided to attack with torpedoes and then to close in order to inflict as much damage as possible. Five torpedoes were fired and later the remaining five, but without success. The Glowworm was badly hit; one gun was out of action and her speed was much reduced, but with the other three guns still firing she closed and rammed the Admiral Hipper. As the Glowworm drew away, she opened fire again and scored one hit at a range of 400 yards. The Glowworm, badly stove in forward and riddled with enemy fire, heeled over to starboard, and the Commanding Officer gave the order to abandon her. Shortly afterwards she capsized and sank. The Admiral Hipper hove to for at least an hour picking up survivors but the loss of life was heavy, only 31 out of the Glowworm's complement of 149 being saved.
Full information concerning this action has only recently been received and the VICTORIA CROSS is bestowed in recognition of the great valour of the Commanding Officer who, after fighting off a superior force of destroyers, sought out and reported a powerful enemy unit, and then fought his ship to the end against overwhelming odds, finally ramming the enemy with supreme coolness and skill. "

Gerard Roope was the first man who was awarded the VC in the Second World War.
Gerard Roope went down with his ship HMS Glowworm in the Norwegian Sea.

Citation (general):
"For courage, resource, zeal and devotion to duty while serving with the Home Fleet in Norwegian waters and elsewhere in the Spring and Summer of 1940." 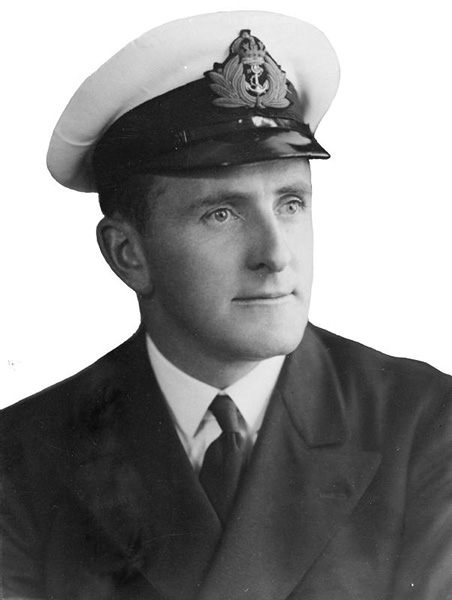