Awarded for his leadership of the 7. Infanterie-Division during its defensive actions along the lower Narew and Bug rivers. While positioned behind the latter river the Division achieved an outstanding defensive success on the 25.08.1944 near Wywloka and Turzyn.

Awarded for his command achievements during the Soviet winter offensive of 1945. During the opening days of the offensive his men fought valiantly against the Red Army onslaught, destroying 50 Soviet tanks on the 14th of January, 48 on the 15th and 120 on the 16th. After the fighting near Zichenau the Division was forced to pull back to the Nogat sector.

With hastily cobbled forces, von Rappard was able to repel Soviet attacks at Marienburg and Elbing via counterattacks of his own. On the 10.02.1945 the Division then assumed control of the rest of Kampfgruppe Schoepffer, which had defended Elbing until then. After this von Rappard was able to prevent a Soviet breakthrough to Danzig with his Division. 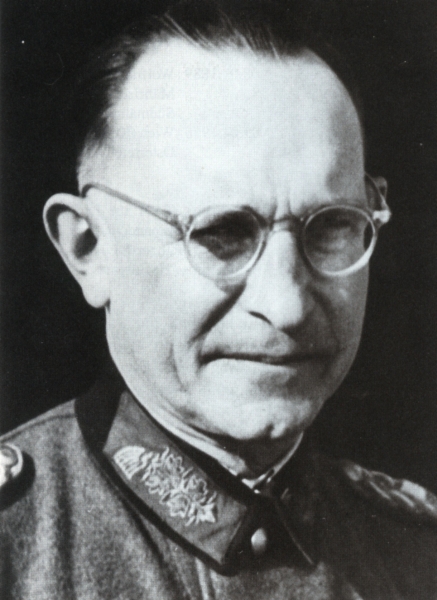