Awarded the Knights Cross for the following achievements

1) During the defensive battles in the Miskolc area, on 16.11.1944, the 1./Sturmgeschütz-Brigade 286 received the mission to eliminate the enemy forces who had entered the town of Diosgyör (west of Miskolc) and secure the city. With an attached Jäger company the operation was completed as planned.

2) His success during the bitter fighting in the Tisza bridgehead (south of Tokaj). When a Jäger-Bataillon along with a howitzer battery became trapped in the area around Miskolc, Schließmann independently decided to break them out. With only the four guns of his battery plus a handful of escorting infantry, he went up against an enemy force of about 600 men and 9 tanks. Taking along 2 light Flak guns as well as horses for the trapped howitzers, he charged into the enemy occupied village and achieved total surprise. As Schließmann engaged the enemy forces in the village, he sent 2 Sturmgeschütze along with the horses to the trapped battery. Following this they were able to make it back to friendly lines. All of this had been accomplished without friendly casualties, and simultaneously the enemy was prevented from capitalizing on his break-in by breaking out to the north.

3) Personally destroying a total of about 29 enemy tanks up to date. 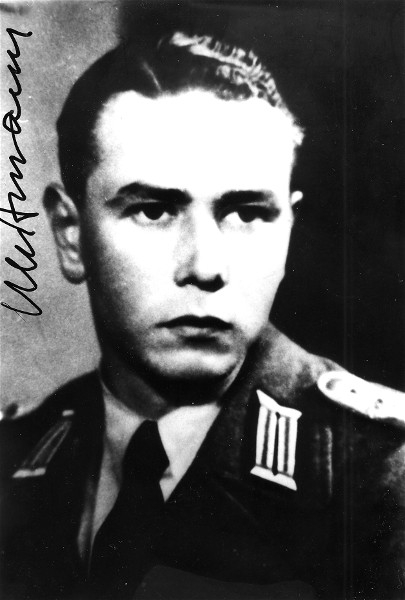