Heinz Baurmann was supposed to have been awarded the "Ritterkreuz des Eisernen Kreuzes" on May 4th, 1945 as Kommandeur, Heeres-Sturmartillerie-Brigade 300 with the rank of Hauptmann. This was to have been an awarding by Feldmarschall Ferdinand Schörner in compliance with the empowerment for autonomous presentations dated 3 May 1945. Up till now however, no definitive proof has been given he was formally awarded the decoration. No evidence can be found in the Bundesarchiv.

During March 1945 the Sturmgeschütz-Brigade 300 under the command of Hauptmann Baurmann was ordered to aid in the sector of the 208. Infanterie-Division. Here, along with Grenadier-Regiment 337, it launched a successful attack to envelop Striegaus from the north. The Soviet counterattacks were repelled by the handful of available Sturmgeschütze, and in the process the attackers took heavy losses (including over 50 tanks destroyed). The Soviets therefore suspended their offensive actions in this sector at the end of March 1945.

The Brigade would later take part in the German counterattack to retake Bautzen. Hauptmann Baurmann and his men would again distinguish themselves in this combat, and Baurmann himself would later be (unofficially) awarded the Knights Cross for his cumulative achievements, among which included a personal total of 38 enemy tanks destroyed. 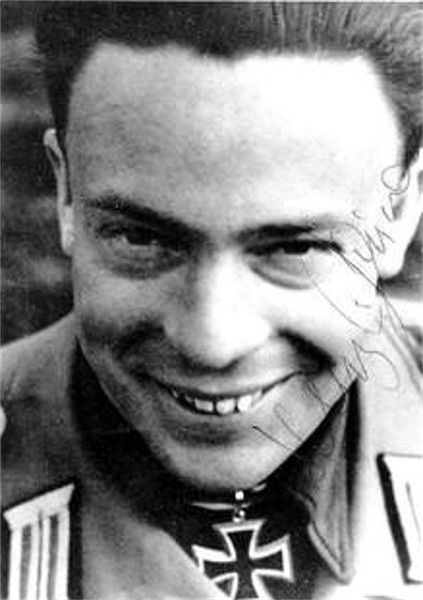