Awarded for the leadership of the Division during the siege of Sevastopol, starting on 07.06.1942. He was particularly recognized for his troops' crossing of the Ssewernaya Bay (29.06.1942) and the storming of the old fort "Malakoff".

Awarded for the leadership of his Korpsgruppe during early 1945. This group, consisting of a mishmash of smaller units, found itself encircled by the Soviet advance. Under Tettau's determined leadership they managed to fight their way out over the course of eight days and reached German lines west of the Oder estuary on 13.03.1945, with 10,700 soldiers and over 10,000 civilians in tow.

Received with swords on the ribbon for military merit. 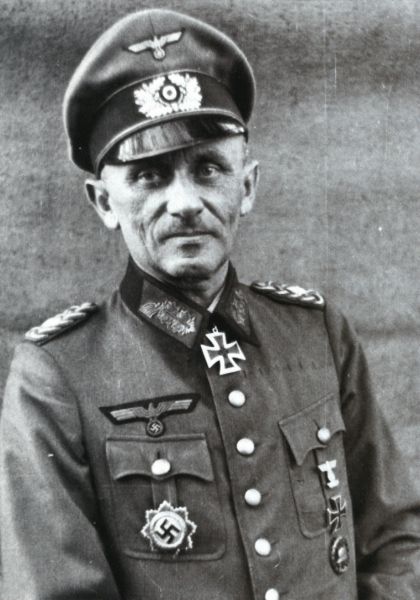