On the 16.06.1940 Oberstleutnant Traut thrusted against Vesoul from the direction of Langres in order to swiftly capture this vital railroad junction and thereby block the enemys retreat route towards the south. Despite becoming increasingly threatened from the north in the process, Oberstleutnant Traut pushed forward towards Pont-sur-Saône with his reinforced Bataillon. After a hard fight he and his men secured the river crossing there and immediately thereafter continued the attack towards Vesoul.

The mountain positioned just before Vesoul had to be taken, and so Oberstleutnant Traut continued to prosecute his attack in the late evening hours. However the assault stalled about halfway up the slope under the fire of numerous machine-guns. Oberstleutnant Traut thus personally rallied his troops for a renewed attack, which succeeded in eliminating the enemy resistance nests one by one. The commanding mountain finally ended up in friendly hands at almost the same time as the break of dawn, and with this the fate of Vesoul was sealed.
153rd Award.

Awarded for his outstanding leadership of the Infanterie-Regiment 41 during Operation Barbarossa, which included the following actions...

3) Defeating a Soviet battalion's attack into the German rear areas at Novosybkov with a scratch force of supply troops and a Flak Zug (24.08.1941).

4) The determined defense of his Regiment north of the Desna against a Soviet attack by parts of 4 divisions (27.08.1941).

5) Pushing back strong elements of 4 Soviet divisions to the NW during the battle at the Glukhov bridgehead. In a four-day attack operation the division captured 1700 prisoners and much hostile materiel (29.09.1941).

6) The battle for Negino, which changed hands several times until at last the village was firmly in the hands of Traut's Regiment on the 11.10.1941.

8) The defense of Gorlovo. On the 08.12.1941 he launched an attack with the subordinated I. and II./Infanterie-Regiment 20 on the heights at the village of Klekotki. The assault succeeded in conquering the village, and in doing so released 39 German prisoners and reopened the road GorlowoJepifan.
67th Award.
At the same time Kommandeur Infanterie-Regiment 41. 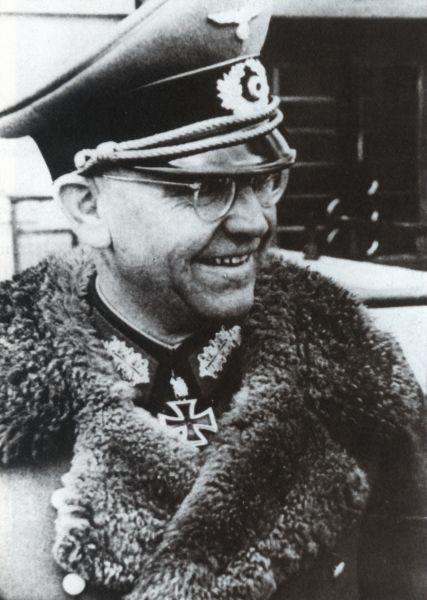