Awarded for his actions during Operation Citadel. His Knights Cross recommendation reads as follows

By 15:00 on the first day of the attack (05.07.1943) the first two deeply layered enemy defensive positions had been largely broken through. The Division gave the order to halt the attack and prepare a defense along the line that had been reached (implying the withdrawal of the Ferdinand tank destroyers and the bringing up of Pak guns). The attack would be renewed on the next day following reorganization.

Oberst Bieber, commander of Grenadier-Regiment 184, had no contact with higher commands from his command post during the time between 15:00 and 16:00 (although he had been informed of his Divisions intentions). At around 16:00 he decided on his own initiative to launch a surprise thrust with 5 Ferdinand tank destroyers and 25 mounted infantry (rounded up from multiple Kompanien) in the face of strong artillery and Katyusha fire. The goal of this attack was to seize the dominating feature of Hill 256.5, which was located in the enemys third defensive line to the northeast of l. Maja.

This forward thrust succeeded. Oberst Bieber meanwhile had received the order from the Division to transition to the defense, however he nonetheless threw in additional forces atop of Hill 256.5 in order to hold this commanding point against enemy counterthrusts. He personally organized the defense of this hill and managed to hold the captured ground until nightfall in spite of strong enemy counterattacks. Eventually the Division finally managed to send in reserves to the Regiment, which had been weakened by heavy losses over the course of the day.

Oberst Bieber had acted on his own initiative and against the orders of the Division, but the end result was that he established the necessary conditions for the attack on the enemys third line on the 06.07.1943. A penetration into this position would have almost certainly required a heavy price in blood without the possession of Hill 265.5. The personal bravery by Oberst Bieber gave the foremost Kampfgruppe the inner impulsion to also carry out this thrust in the aftermath of the very hard fighting on the 05.07.1943.

On the 09.07.1943 Oberst Bieber was wounded by a shot through the pelvis. At the time he was personally directing the Kompanien of I. Bataillon from the foremost line after they had just lost their own Bataillon commander.

Awarded for successfully breaking out of the Brest-Litovsk pocket with his Divisionsgruppe 86 in July 1944. 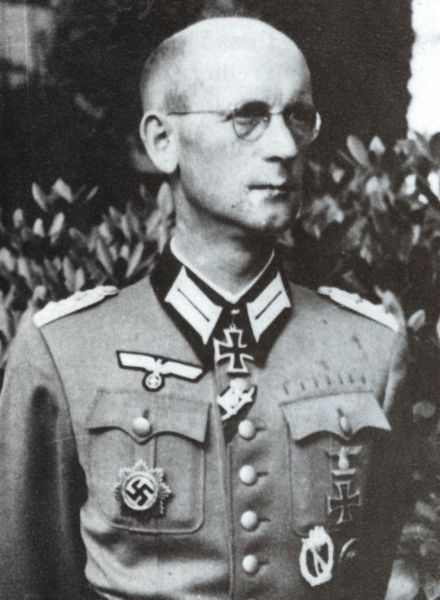