Awarded after flying over 300 sorties. By this time he had accomplished a number of notable successes. During the fighting around Crete he destroyed 1 British destroyer (either the HMS Kelly or Kashmir) and damaged 1 other. In the later fighting on the eastern front he destroyed a vital bridge over the Lovat river and then another important bridge over the Dnieper, this latter success playing a major part in preventing Soviet troops from breaking out of the Smolensk pocket.

Awarded in recognition of his final total of 1050 ground attack sorties. 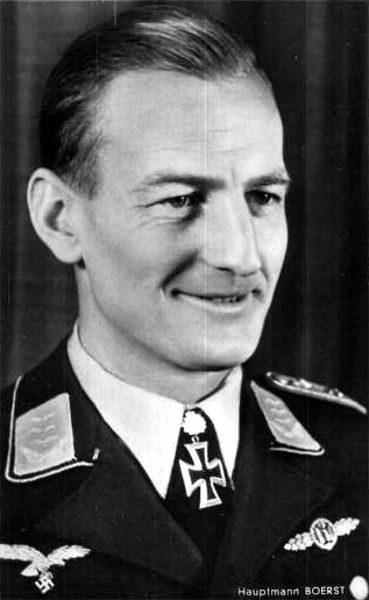