In the battles in the Orel salient, following the battle of Kursk, the headquarters of the LIII. Panzerkorps found itself encircled by the enemy. Following bitter fighting it was only through the assistance of the Sturmgeschütz-Abteilung 270 that the HQ was able to escape. During this fighting the platoon of Leutnant Stock particularly distinguished itself.

In the following four days Stock and his crew managed to knock out 19 enemy tanks before being damaged themselves. On their way back to the workshop company they encountered an enemy breakthrough force consisting of tanks. Despite being totally alone, and having a damaged vehicle at that, they immediately engaged this new enemy. Stock and his crew swiftly destroyed 6 enemy tanks, and forced the rest to flee. Swiftly assembled reserves of the 112. Infanterie-Division were then called up, which succeeded in sealing off the penetration and holding off new enemy attacks.

For this string of important successes during the fighting in this area, Stock was decorated with the Knight's Cross.

Awarded in light of his outstanding support of the troops of the 1.Ski-Jäger-Division during the elimination of the Soviet bridgehead over the Vistula at Annopol (30-31.08.1944).

He was also recognized for his total of 58 enemy tanks destroyed up to date. 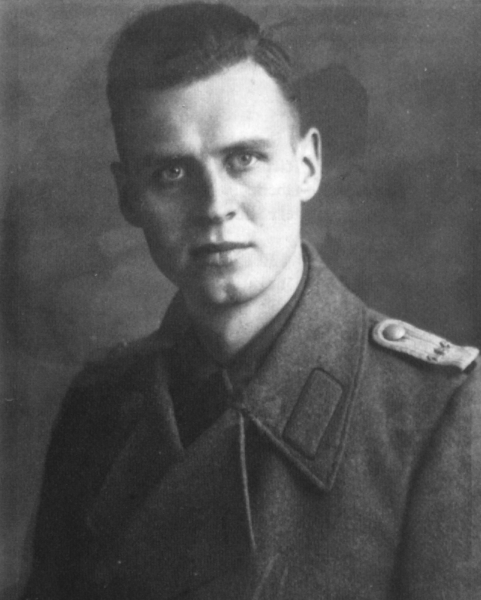