On the 22.06. & 27.06.1941 Oberst Boege achieved great deeds of bravery on his own initiative that were of great operational importance within the area of VIII. Armee-Korps. He has primary credit for the swift thrust to the Niemen river north of Grodno and the successful defense against strong Russian breakthrough attempts near Mosty. Oberst Boege furthermore distinguished himself on the 05.10. and 12.10.1941 through attacks he carried out on his initiative in the foremost line. By doing so he significantly contributed to the collapse of the Russians in the Vyazma battle and the swift operational successes of the Armee.

During September 1944 Gruppe Boege (XXXXIII. and X. Armee-Korps) succeeded in recapturing the Estonian city of Ergli. General Boege was subsequently awarded the Oakleaves for this success. 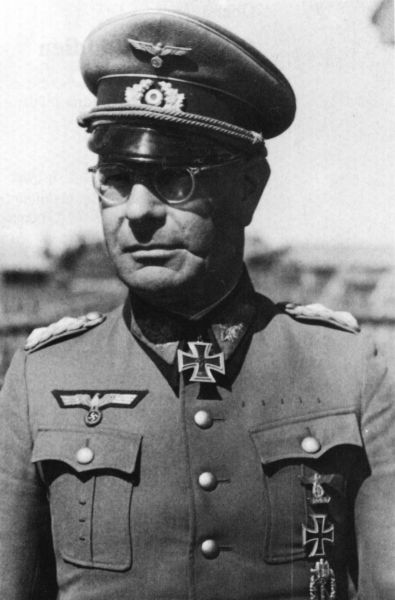