Flew a total of 322 sorties in WWII, including a few as a night-fighter pilot.

Awarded for his successes as a bomber pilot during the campaigns against England and the Soviet Union over the course of about 280 sorties. He particularly distinguished himself in the latter theatre. He and his crew successfully struck an aircraft engine factory at Rybinsk and a rubber-producing collective combine at Yaroslavl, and also destroyed the following enemy materiel 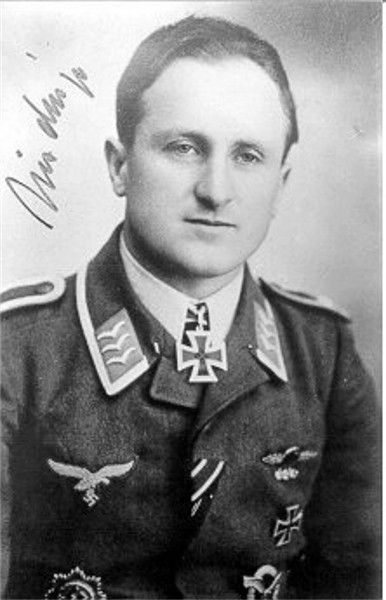