Frank Neubert achieved the very first aerial victory in the Second World War on the 1st of September 1939. Over the course of the conflict he flew a total of about 350 sorties.

Awarded for his Staffel's successes during the Balkan campaign. During its missions against British shipping in the Gulf of Corinth, around Piraeus and the Suda Bay, his Staffel managed to sink one 4000 GRT tanker, one freighter and one destroyer. Another 13000 GRT of shipping was also damaged.

Neubert personally distinguished himself during missions against the Rupel Pass as well as Flak positions on Crete. By the time of his receiving the Knight's Cross he had flown over 150 ground attack sorties.

Awarding by the Führer and Oberbefehlshaber der Wehrmacht. 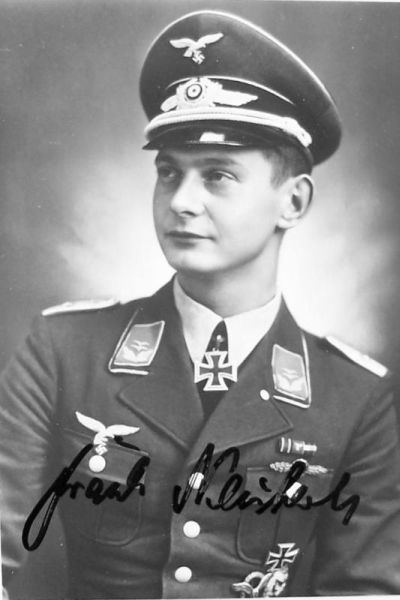