Awarded for the successful defense of his sector against a much larger enemy force in the area southeast of Lake Ilmen.

On the 14.01.1945 the Führer awarded the Oakleaves to the Knights Cross of the Iron Cross to Hauptmann Klaus Breger, Bataillon commander in the Rostocker Füsilier-Regiment of a Volksgrenadier-Division. He is the 700th soldier of the German Wehrmacht to be so honoured.

Hauptmann Berger outstandingly distinguished himself in both attack and defense over the course of days of heavy fighting during the Third Defensive Battle of Aachen. In this time he intercepted a dangerous North American penetration with his signals troops, messengers and drivers, with the result that the penetration was sealed off. On the next day he freed 20 German soldiers from enemy captivity during an immediate counterattack of his own. In all of this combat he was a role model for his soldiers, who were in turn inspired to give the best that they had. On the 17.12.1944 Hauptmann Breger succumbed to a severe battle injury. 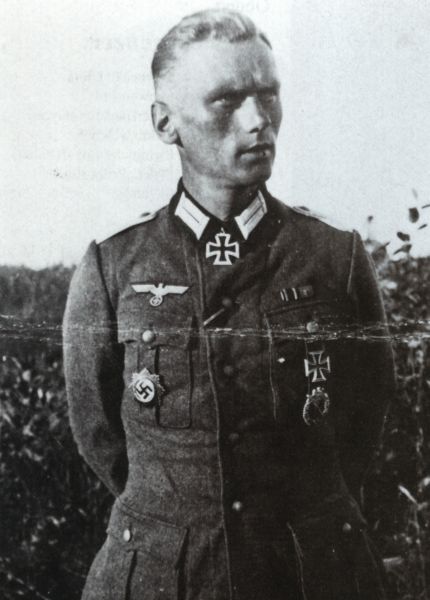