SS-Sturmman d.R. Alber was KIA at Hill 176 westwards of Montchauvet/Calvados during the fightings in Normandy - France and was buried in the Heldenfriedhof, Parc du Chateau Danvor, 12 km south of Aumay sur Odon.
At 0800 hours on the road from Le Bény-Bocage, Catheolles, Montchauvet British infantry supported by five tanks started an attack. They were confronted by three Panzer IV from the 6th Company, 9th SS Panzer Regiment, and a section of the 9th Company, 20th SS Panzergrenadier Regiment which was under the command of Sturmann Alber.
Alber and his nine men attacked the feature height 221 Arcais south and kept the British infantry company and six tanks in the town of La Vaupalière which was at the bottom of heights 221 and 220 and under fire. Alber personally destroyed a Cromwell tank with hand grenades.
Alber was killed at around 1930 hours that evening in the area Le Desert, Montchauvet.

At around 08:00 on the 02.08.1944 a British force of infantry and 5 escorting tanks began an advance along the road le Bény-BochageCathéolesMontchauvet. Along the way they encountered a Heer unit on both sides of the road near Mühle Auteloy, and this was quickly pushed back. In response the Germans sent in a counterattacking force that consisted of 3 Panzer IVs from the 6./SS-Pz.Rgt. 9 and the Kompanie HQ squad of the 9./SS-Pz.Gren.Rgt. 20.

At this time Hermann Alber was serving as a messenger in the Kompanie HQ squad. As the counterthrust was ongoing he rounded up 9 leaderless Heer soldiers from the Gren.Rgt. 752 on his own initiative. Then, without any orders to do so, he led them in a counterattack against the commanding Hill 221, located south of Arclais. The British forces occupying it were pushed back, and Albers party pursued them to the village edge of La Vauteliere (located at the base of Hills 221 and 220). He they found the village occupied by at least an infantry company as well as 6 tanks. In response they pulled back to Hill 221, but not before Alber had destroyed a Cromwell tank with hand grenades.

Alber was later killed at around 19:30 while trying to storm Hill 176, located northeast of Le Desert. He thus did not live to see his Kompanie eventually capture the hill even so. However he would still receive both classes of Iron Cross as well as the Knights Cross posthumously in recognition of his bold actions earlier on in the day. This placed him among the most junior soldiers in the entire German army to be awarded the Knights Cross. 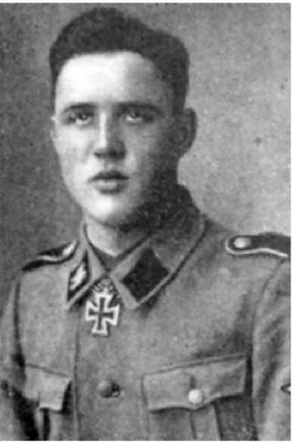 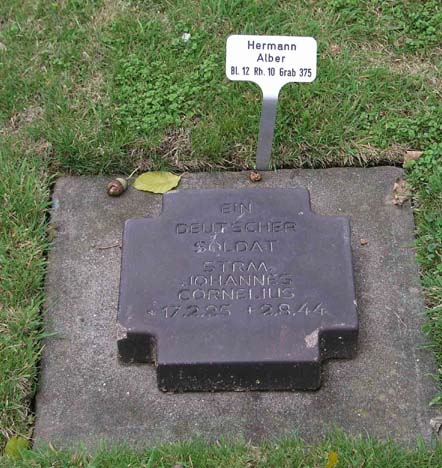