Awarded for his actions during the defensive battle south of Pskov. In this time, at around midday on the 01.04.1944, two Soviet companies penetrated between the 1. and 3./Grenadier-Regiment 380 along the road to Goruschka. In response the Bataillon commander, Hauptmann Altstadt, launched an immediate counterattack with his small reserve without first waiting for additional reserves from the Regiment. He managed to deceive the Soviets through a skillful bypassing maneuver and then struck them in the flank. In the fighting which followed he succeeded in recapturing and reoccupying this important sector of the frontline without sustaining any friendly casualties. He would be recognized appropriately for this incredible tactical victory. 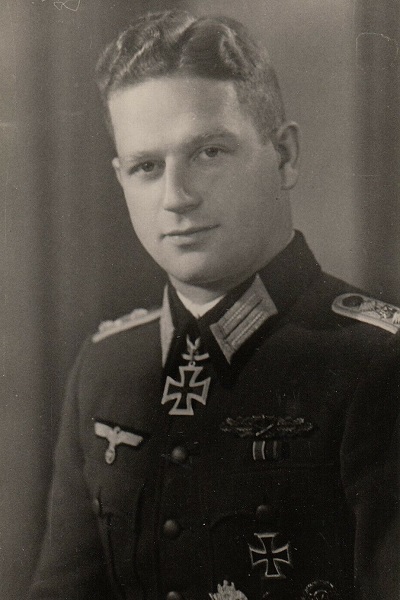