Hauptmann Herbert Amann died of his wounds in the Haupt-Verband-Platz (H.V.Pl.) Sanität-Kompanie (Sanko.) 2/61 the 13 January 1944.

On the night of the 08./09.01.1944 a Soviet armoured group centred around the 67th Tank Brigade succeeded in thrusting through the front of the 10. Panzergrenadier-Division and onto the command post of the XXXXVII. Panzerkorps in Mal. Viski. The penetration was sealed off with the employment of the last available reserves in this area, but it was only with the arrival of the Sturmgeschütz-Abteilung 905 that the situation was finally properly stabilized.

Oberleutnant Amann particularly distinguished himself during this round of combat, however he would be fatally wounded a few days later while fighting southeast of Nowo-Mirgorod. He would subsequently be awarded the Knights Cross for his actions in this area as well as for having reached a cumulative total of 42 tanks destroyed. 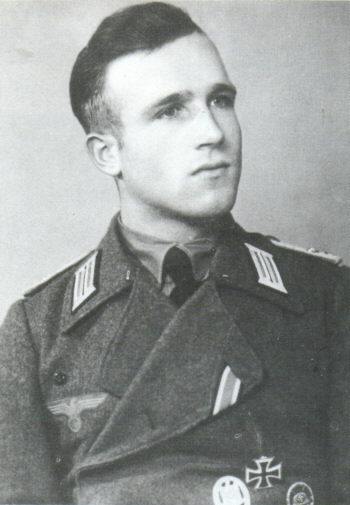