On 22.06.1941, at the beginning of the invasion of Russia, Gefreiter Alois Assmann served as a gunner for an anti-tank piece in the 1. Kompanie / 61. Panzerjäger-Abteilung / 11. Panzerdivision under Generalmajor Ludwig Crüwell. Framed in the Army Group "South", the division participates in the advance towards Zhitomir and Uman, fighting in the battle of the Uman pocket, where Alois Assmann stood out for his bravery before the enemy, being awarded on 29.07.1941 with the Iron Cross of 2nd class.
In May-June 1942 the 11th Panzerdivision took part in the Voronezh offensive (which took place between the towns of Kursk and Voronezh). During the period of time between June 28 and July 9, 1942, the 11. Panzerdivision destroyed 196 enemy armored vehicles.
At the end of August 1942 during the defensive combats in the Voronezh-Liwny sector, the Soviets launched into the attack with the help of numerous tanks. The now Obergefreiter Assmann, was in the endowment of a new 50 mm anti-tank gun. They had just supplied the 61. Panzerjäger-Abteilung. The Soviet attack was preceded by an intense artillery fire that killed the rest of his companions. The other German anti-tank pieces failed to repel the attack. At that moment Assmann, completely alone, with great determination and courage, began firing the piece in a rapid and deadly succession, managing to knock out 9 enemy tanks.

At the end of August 1942 the Pak 38 of Obergefreiter Assmann was among the German units involved in defensive combat around VoronezhLivny. In this time the Soviets launched a particularly fierce armoured attack in Assmanns sector, and one by one the other Pak guns in the area were knocked out. The German soldiers near Assmann himself were eventually all either killed, wounded or forced to take cover due to the ferocious Soviet bombardments.

Obergefreiter Assmann thus found himself alone at his Pak gun. Nevertheless he held his ground and managed to destroy the attacking Soviet armour in quick succession. He destroyed a total of 9 Soviet tanks on this day, and for this he was swiftly awarded the Iron Cross First Class. The Knights Cross would follow shortly afterwards. 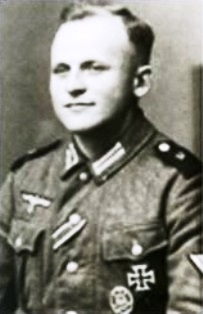 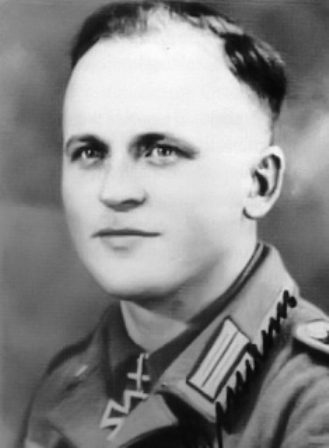