Oberstleutnant Audorff has already served as an outstanding troop leader in the western campaign. In this capacity he distinguished himself in such a way that he was assigned the post of regimental commander while only a Major.

Assigned the task of organizing the formation of Grenadier-Regiment 754 in November 1942, he was able to forge this unit into an effective instrument of war within a very short time. As such it was able to be employed with great success on the Tunisian front as early as December of the same year.

On the 25.04.1943 the English launched an offensive near Medjez el Bab that had the ultimate aim of breaking through to Tunis. On this day Oberstleutnant Audorff personally directed his defense from the foremost line, and he managed to pull off a successful resistance against an English infantry division reinforced by a tank brigade. The main line of defense therefore remained completely in our hands by the evening of this day. Throughout this time he personally intervened everywhere despite strong enemy artillery and airstrikes. He conducted all the necessary counterthrusts/counterattacks and was the soul of the defensive will. His Regiment was accordingly named in the OKW-Bericht for having the lions share of this defensive success. However the prevention of an enemy breakthrough to Tunis on this day is ultimately the personal achievement of Oberstleutnant Audorff, commander of the Grenadier-Regiment 754.

Oberstleutnant Audorff has a true soldiers personality and is particularly worthy of this high honour. 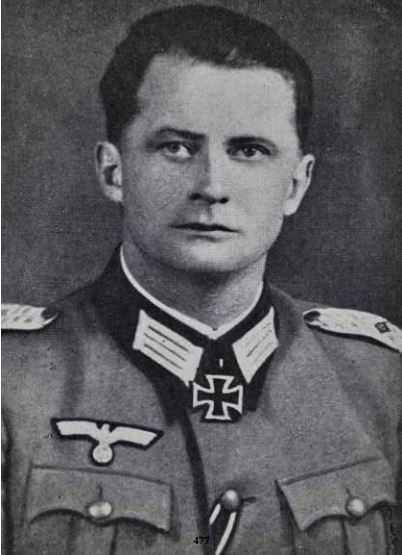