Awarded for his actions near Scharfenweise (Ostrolenka) at the end of January 1945. In this time the Soviets attempted to interrupt the Germans ordered withdrawal movement via a regimental-sized thrust that had the support of 16 tanks. Major Austermann and his Bataillon were able to contain it with a counterattack of their own, and by doing so they held open an important road and shielded the Division from a potential flank threat. Austermann would be recognized appropriately for his ruthless and inspiring leadership during this time. 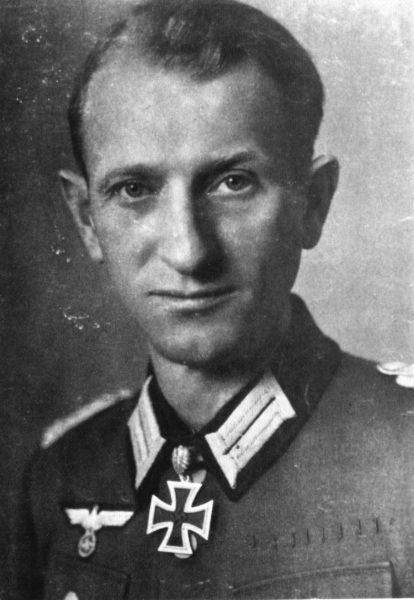