At 10:00 on the 05.10.1944, following a strong 90 minute drumfire, the Soviets attacked out of their bridgehead south of Rozan towards the northwest along a narrow front with several divisions. The II./Pz.Gren.Rgt. 4 lay directly in their path between Mapierki and the Narew river. This was the only location where the Russians were able to attack with tank forces. During this attack the brunt of the defense fell to 5. Kompanie (commanded by Leutnant Bittorf), which was located the Bataillons right wing. The enemy succeeded in achieving a deep penetration in the right neighbouring sector, and from here they could swiftly expand this towards the northwest and into the rear of Bittorfs Kompanie. Despite determined resistance the enemy entered into the position of Bittorfs Kompanie with massive forces of their own. During this defensive battle the Kompanie lost all Zug and squad leaders in addition to 32 enlisted men.

Leutnant Bittorf knew the decisive importance of his position for the entire Bataillon sector. He thus made the independent decision to commence a counterthrust despite the loss of all NCOs. Leutnant Bittorf stormed forwards at the head of his remaining 30 men with loud cries of Hurra. He recaptured his position in bitter close combat, eliminated the bulk of the broken-in Russians and captured 1 heavy machine-gun, 2 light machine-guns and 2 anti-tank rifles.

After this he made another decision on his own initiative to likewise eliminate the threat from the rear by a flanking thrust, and this also led to success after hard combat. However the enemy was determined to take control of the trench position with their own newly arrived forces, and Leutnant Bittorf knew that his weakened Kompanie would not be able to withstand such an onslaught. He thus decided to keep the Russians in check by continual counterthrusts, during which heavy losses were inflicted on the foe. The smoke and darkness also resulted in contact being lost with friendly forces on the left. Nonetheless, Leutnant Bittorf continued to hold out in his position while being cut off from all friendly contact. Altogether the combat lasted from 10:00 until around midnight.

Thanks to Leutnants Bittorfs heroic defense it was possible to restore contact and the main line of defense during the night. It was purely thanks to his conduct and personal bravery that a decisive Russian breakthrough to the RozanMackheim road was prevented.

A comment by the divisional commander also noted that Bittorf himself was wounded during this combat. 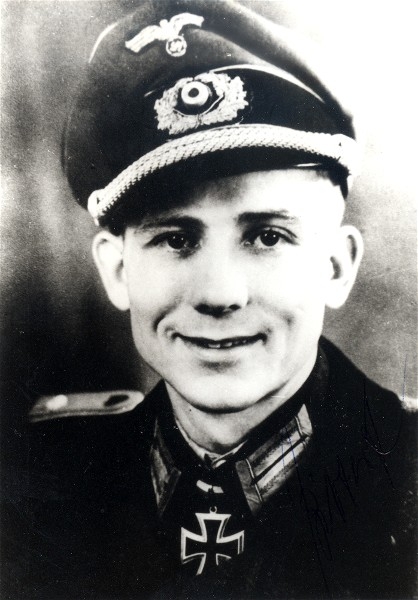