Heinrich Borgmann was severely injured during the asassination attempt on Hitler on 20th July 1944, known under the name Operation Valkyre, and recovered. He died on 5th April 1945 in Magdeburg hospital of his wounds inflicted during a dive bomber attack.

Thanks to the swift action and boldness by Oberleutnant Borgmann (commander of the III./Infanterie-Regiment 46) the Division was spared the need to conduct a deliberate attack near Weetth, and the enemy blocking fire in front of the entire IX. Armee-Korps was eliminated. On the 26. and 27.05.1940 Oberleutnant Borgmanns III./Infanterie-Regiment 46 managed to punch its way over the Lys Canal through a much larger enemy force, and by doing so it collapsed the entire enemy position in front of the Division. This brought about the breakthrough of the Division through the Belgian VII. Armee-Korps, which in turn triggered the surrender of the Belgian Army.

Borgmann assumed command of an ad-hoc unit (Gruppe Borgmann) on the 21.01.1942, and by holding the villages of Bol. and Mal. Kalinez despite being encircled by the Soviets it was able to save the 290. Infanterie-Division from being encircled itself. Weak elements of the Gruppe under the leadership of the by now wounded Hauptmann Borgmann managed to break out later on in the battle. Borgmann would later be awarded the Oakleaves for his brave and self-sacrificial actions here. 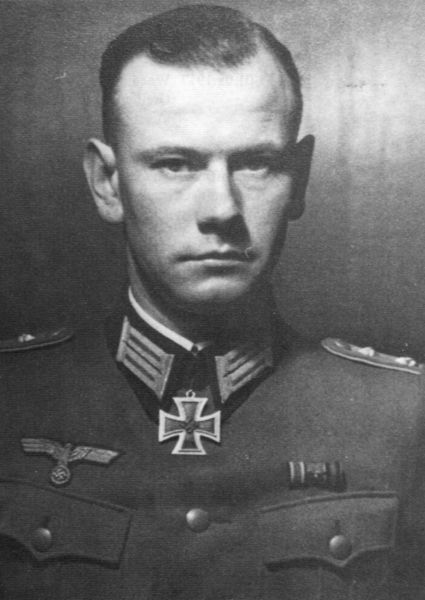