Awarded for distinguishing himself with his Abteilung on the 23.07.1943 while serving under the umbrella of Kampfgruppe Schmahl. Even though all contact with the Kampfgruppe had been severed, and the enemy had broken through on both sides, Bünau and his men continued to defend the village of Osskoje for 8 hours against the Soviet artillery and tank supported attacks. With a weapon in hand he inspired his men to counterattack, and with them he took the important Hill 226.8, the village of Piskalinka and the Kastenwald. By doing this he prevented an enemy breakthrough, retook lost territory and inflicted losses of at least 800 dead and 13 destroyed tanks on the enemy. He also enabled the Kampfgruppe to create a new defensive front. 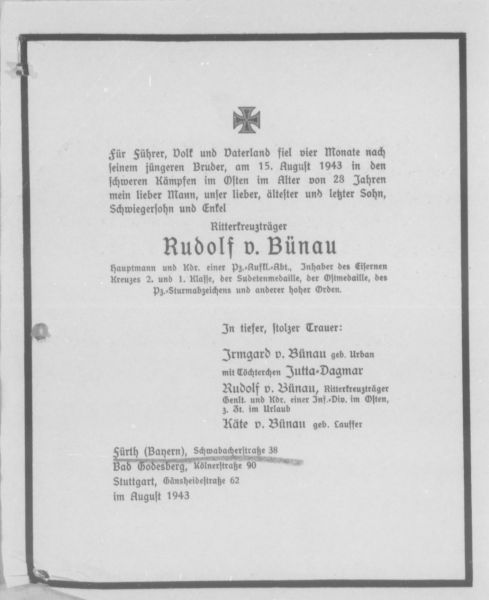