In this extremely critical situation SS-Hauptsturmführer Dehmel decided to gather up the rest of his Abteilung and commence a counterthrust, even though he had been shot through the arm and shoulder and was consequently weakened by the loss of so much blood.

Fighting heroically, he and his men destroyed 25 T-34s and forced the rest of the Russian tanks to retreat. A renewed Bolshevik attack was crushed with the loss of a further 22 T-34s, and with this the hopes for a Bolshevik success in this important sector were finally dashed.

Through his brave deed SS-Hauptsturmführer Debus prevented the enemys dangerous flanking attack, which had the goal of cutting off the elements of the SS-Pz.Gren.Div. Totenkopf that were located on the far side of the Psel.

In light of his heroic devotion to duty and its associated success I ask that SS-Hauptsturmführer Dehmel be awarded the Knights Cross to the Iron Cross. 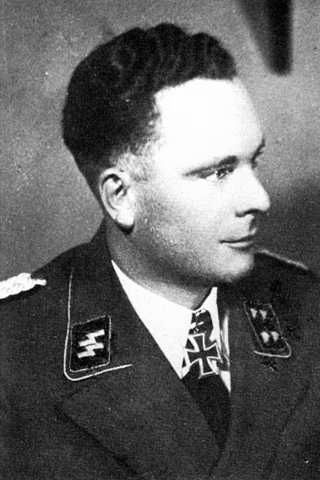