According to several sources, Walter Rubarth was born in Lage, Lippe. Until this date we have only been able to trace back that he was member of the Kameradschaft Lage/Lippe. Latest sources indicate Polle in Lower Saxony as his place of birth.

During the attempt by the 10. Panzer-Division to establish a bridgehead across the Maas between Balan and Wadelincourt, Feldwebel Rubarth was assigned the task of leading an assault team across the river. It consisted of a demolitions squad (2 Unteroffiziere and 4 Pioniere) and a covering detachment (1 Unteroffizier and 6 soldiers). During the crossing of the 80 m wide Maas river, the German assault parties came under heavy fire despite the Stuka and artillery preparation, and many boats were lost. Only Rubarths assault team managed to get across, and even it suffered losses in the process.

Once on the other side Rubarths men quickly swung into action, creating a hole in the barbed wire obstacle and thereafter knocking out three enemy bunkers. By this action the French river defenses in this sector were incapacitated. However Rubarths team was unable to take on the second enemy bunker line, as by then it was down to 2 Unteroffiziere and 6 men, some of whom were wounded.

Rubarth thus went back over the Maas, made contact with friendly forces on the opposite bank and acquired additional supplies and reinforcements. After one and a half hours he returned back to the bridgehead with 4 additional Pioniere. With this he commenced an attack on the next bunker line, destroying three additional bunkers and likewise blasting a hole through the enemy line in this sector.

Rubarths actions on this day were among those which tightened the German grip on the new bridgehead, permitting its expansion and reinforcement. In recognition of his dedication to duty Rubarth would receive the Knights Cross. 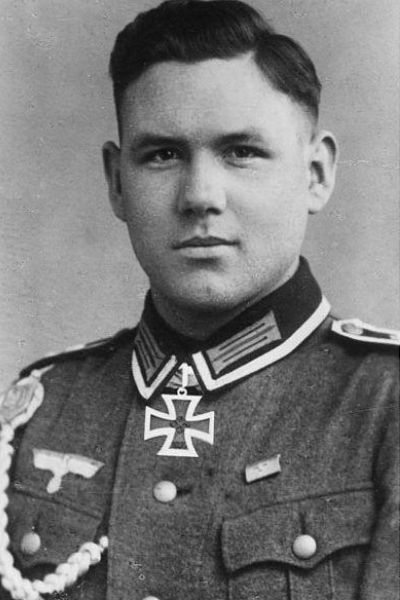