Died as Major der Reserve and battalion Kommandeur and was posthumously promoted to Oberstleutnant der Reserve.

15.03.1916: joined the Heer as Fahnenjunker in the Infanterie-Regiment 19; in the last year of the war he was promoted to Leutnant der Reserve while serving on the Western Front.
1935-1938: completed 5 exercises.
18.08.1939: appointed to the Infanterie-Regiment 47 as Kompanieführer of the 10. Kompanie - Western campaign
1940: As part of the airborne operation above the "fortress Holland "the regiment was supposed to land at Valkenburg airfield and head towards The Hague from there.
The III. Battalion, without the 11th company, was used as the 1st wave. The vanguard was the 6./ FJR 2 plus one platoon coming from the 10./ FJR 2, followed by the rest of the regiment, including the staff and the reconnaissance platoon and the intelligence platoon. However, the Ju 52 machines used get stuck in the mud and so the 2nd Battalion could not be brought in as planned. The main burden of the subsequent battles lay at the 10./ Infanterie Regiment 47 led by Hauptmann d.R. Alvermann remaining alone for the next 5 days fighting to protect the newly taken area, with many soldiers wounded and others killed in action. For the bravery shown in combat and for his leadership that made them secure the Valkenburg airfield considered as a very strategic point, Gustav Alvermann was decorated on May 26, 1940 with the Knight's Cross of the Iron Cross, being one of the first soldiers to be decorated with this one, being promoted to the rank of Major on the same day.
1941: remained in charge of the 10./ IR 47 until the arrival on the Eastern Front where he took command of the I./ IR 47 of the 22. Infantry Division
1942: 22. ID was severely attacked near Sevastopol in the Crimea peninsula
07.06.1942: seriously WIA during the fight for the railway mountain near Kamischly north-east of Sevastopol and due to the severity of his injuries, he did not survive

Gustav Alvermann was a German infantry Kompanie commander during the campaign in the west in 1940. His regiment was selected as part of a force to be airlifted to the Dutch airfield at Valkenburg, from there they were to advance to the Hague. However the Ju-52 transport aircraft got stuck in the mud midway through the mission, and so only part of the German force reached the airfield. Alvermanns 10. Kompanie would become the backbone of the German troops holding the airfield during 5 days of defensive combat against counterattacking forces. For his successful role in the battle for the airfield, Alvermann was awarded the Knights Cross. 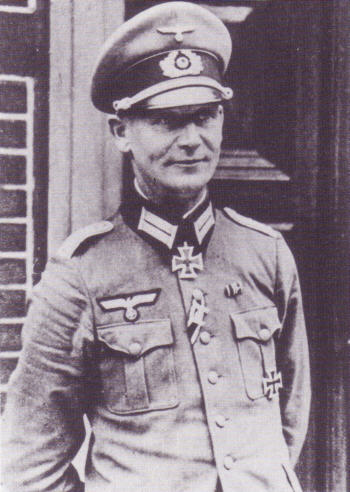 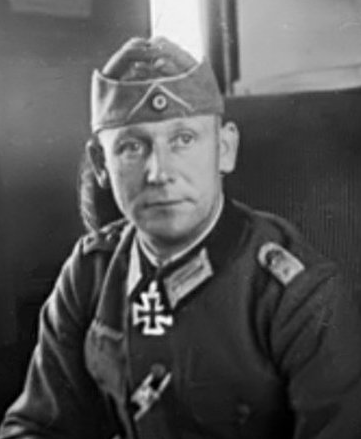 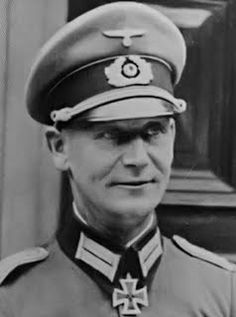