Early on the 15.10.1943 the Soviets began a major attack against the front of the XXXXVI. Panzer-Korps, with the emphasis on the centre of its front. On the right wing of the Korps was the 86. Infanterie-Division, with the Grenadier-Regiment 167 in turn being on the right wing.

According to a captured map, the refitted Soviet Rifle-Regiment 1132 had the mission of breaking out of the area around Asserewitschi (? name illegible), just west of the Dnieper, via an attack from the south. Following a successful attack it would then roll up the flank of the Korps west of the Dnieper from the south. At 08:55, following a heavy artillery preparation, the Soviet rifle regiment launched its assault. This took the shape of a narrow, deep attack wedge that was pushed into the sector of the I./167.

The breakthrough succeeded. At the time Major Frewer, commander of the I./167, found himself leaving one of the positions in his sector. Suddenly he saw a band of Russians (about 40-50 strong) behind him, which were advancing northwards with cries of Hurrä. A glance to the other side showed him that here, too, the Russians had overrun the frontline and were pressing forward through the dense bush terrain. The Russians at this position were likewise feeding their forces towards the north.

Placed right between the advancing Russians, and only escorted by his messenger, Major Frewer dashed to his own command post, got a small headstart, and threw himself against the enemy in a counterthrust along with his adjutant plus 10 NCOs and men. The counterthrust didnt have the desired effect. The adjutant was killed along with another man. 1 NCO and 1 man were heavily wounded. The remainder of the small, heroic Kampfgruppe gathered around their commander, who prepared to hold his command post with these 6 men. From 09:50 to 14:00 he held his ground against a more than tenfold superior enemy. 43 Russians were killed at close range (mostly via headshots), and after the arrival of a weak reserve Kompanie the Russians were finally thrown back towards the old frontline in a renewed counterthrust.

This unimaginable achievement by the brave Bataillon commander brought about a decisive success for the Division. The pressure of the situation had forced it to dispatch all available reserves to its left wing. As such a breakthrough on the right wing would have been unstoppable, and would most certainly have led to the rolling up of the entire divisional front.

Between the Bataillon command post of the I./167 and the point of penetration the enemy lost the following destroyed/captured during the clearing of the position 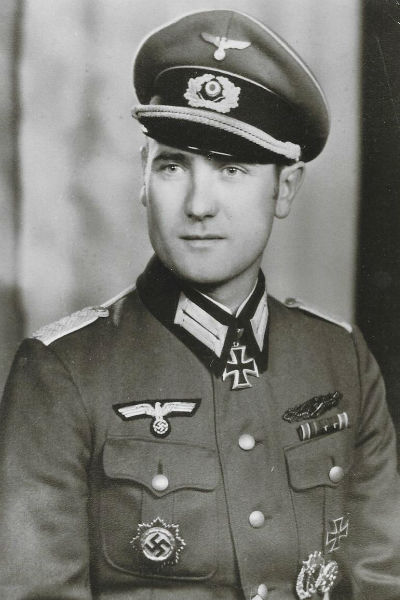