Samuel Adams was born at Northampton, Massachusetts, on 10 April 1912. Graduated from the U.S. Naval Academy in 1935, he was designated a Naval Aviator in January 1939. He joined Bombing Squadron Five (VB-5) on USS Yorktown (CV-5) in May 1939 and served with that unit through the first six months of the Pacific war. On 4 June 1942, during a Battle of Midway scouting flight, Lieutenant Adams located the Japanese aircraft carrier Hiryu, a vital contribution to the destruction of that ship. On the following day, while attacking the Japanese destroyer Tanikaze, he lost his life when his SBD aircraft was shot down. 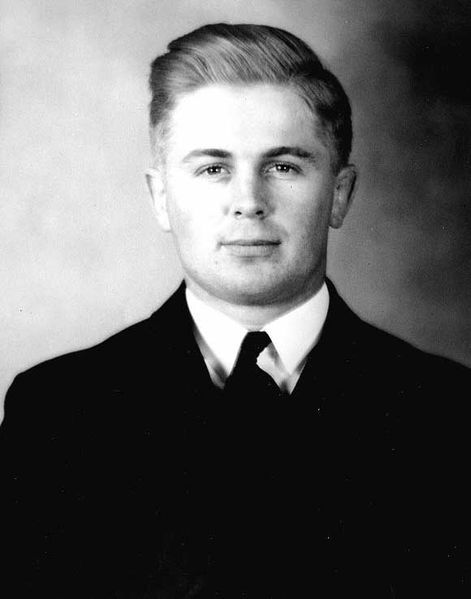