At the beginning of the Fifth Battle of Courland (the 15.02.1945) the Soviets succeeded in capturing the vital Hill 103.5 (located in the VartajaBerzini sector) during the morning hours. From here it was possible to overlook the supply routes along the road and railway from Libau.

In response the I./Grenadier-Regiment 44 was pulled out of the line and sent to counterattack Hill 103.5 through the deep snow. It managed to accomplish this task just before dusk on the same day. However in the subsequent days the Soviets launched numerous fresh attempts of their own to reclaim the hill, attacking it a total of 13 times in platoon to regimental strength. Some of these led to alarming crises and/or made it to the Bataillon command post.

On the fourth day of battle Hill 103.5 become surrounded on all sides. The aid of Sturmgeschützen was requested from the encircled Bataillon command post, however only one actually made it to the battlefield (the other two had been damaged on route). No additional reinforcements were forthcoming. In this hopeless situation Hauptmann Buxa (at the time outside the ring) ordered the Sturmgeschütz to break through to the defenders of Hill 103.5 despite the protestations of its commander. He went with the vehicle to the hill and reinforced the defenders there. Hauptmann Buxa then called for more Sturmgeschützen to be brought up before darkness fell, and on the return journey with the Sturmgeschütz he captured over 30 prisoners.

Ultimately the hill remained in German hands both on this day and in the days that followed. Hauptmann Buxa would eventually receive the Knights Cross for his actions here. 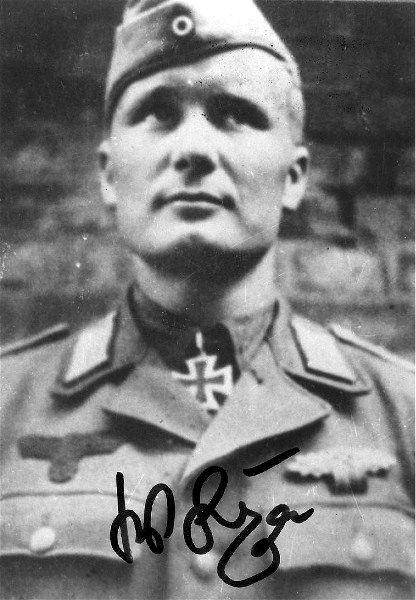