Citation:
"Enemy action over the Liverpool Port Area resulted in a number of serious fires involving railway and dock warehouse properties. A large number of incendiary bombs fell on and about the goods station and sidings. Amongst the wagons in the yards were a train load of ammunition, various trucks of petrol in tins, bombs and ammunition fuses. Most of the enemy incendiary bombs were extinguished by the prompt action of the staff on duty before damage could be done, but a serious fire developed from incendiaries falling in one section of the station premises. In the course of these events Shunter Tunna discovered two incendiary bombs burning in a sheeted open wagon, containing 250-lb. bombs. With complete disregard for personal risk, Tunna removed the sheet, extinguished the incendiary bombs and removed them from the truck. The top layer of these heavy bombs was hot. Tunna's action displayed courage in very high degree and eliminated the risk of serious explosions, the results of which it would be difficult to measure." 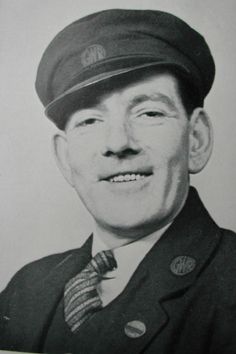