"For extraordinary heroism and distinguished service in the line of his profession in action against enemy Japanese forces during the defense of Wake Island on 22 December 1941. When the meager defenses of Wake Island were threatened by two full squadrons of approaching Japanese fighter planes and dive bombers, Captain Freuler took off in company with one other friendly plane and, boldly defying the enemy's vastly superior number and firepower, gave battle with furious aggressiveness. Skillfully maneuvering in and out of the hostile formation and blazing his guns with deadly accuracy, he attacked one plane after another to destroy a total of three. Although twice wounded by Japanese gunfire and his fighter damaged by the exploding wreckage and flames of the third enemy plane as it disintegrated in the air, he persevered in his fierce harassing tactics until the Japanese formation withdrew from the field of combat. Barely able to remain aloft, he handled his shattered aircraft with superb flying skill and succeeded in returning safely to base. Stouthearted and indomitable, Captain Freuler served as a constant inspiration to his comrades and, by his dauntless fighting spirit, practical judgment and valiant determination under increasingly difficult and dangerous conditions, contributed essentially to the heroic defense of this historic Marine base. His gallant conduct in the face of impending disaster reflect the highest credit upon himself and upon the United States Naval Service."

"Captain Herbert C. Freuler (MCSN: 0-4683), United States Marine Corps Reserve, was captured by the Japanese after the fall of Wake Island on 23 December 1941, and was held as a Prisoner of War until returned to U.S. Military control at the end of the war." 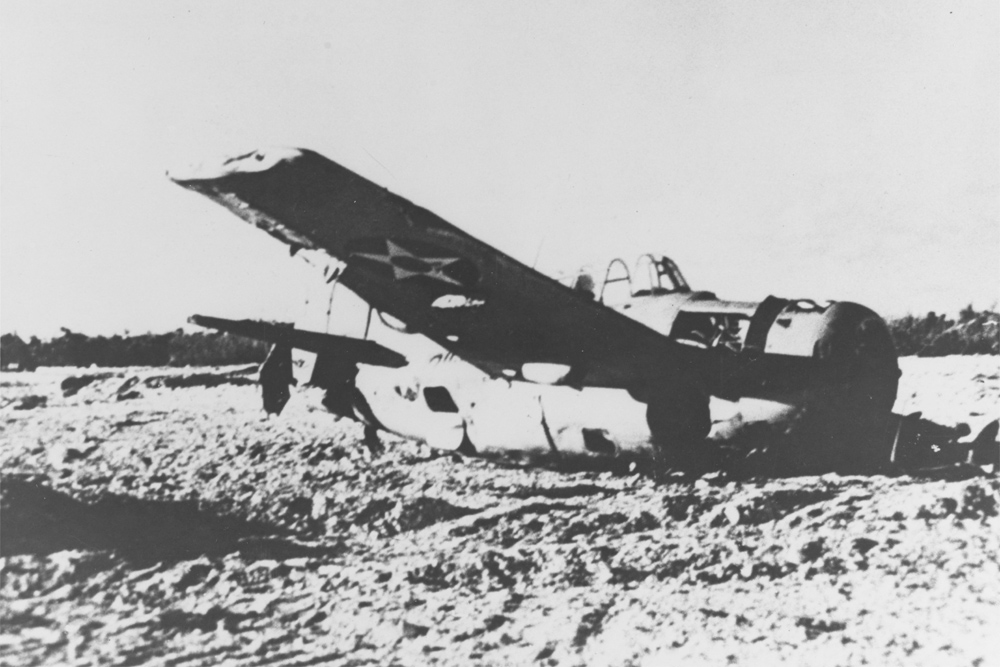