"For extraordinary heroism and distinguished service in the line of his profession as Officer-in-Tactical-Command of a Radar Picket Station Unit and as Commander of Destroyer Division NINETY-TWO (DesDiv 92), in action against the enemy Japanese forces in the vicinity of Okinawa Jima from 11 May 1945 through 21 June 1945. With his unit a frequent target for many extraordinary heavy hostile raids, launched day and night against our expeditionary forces at Okinawa, Commander Maher performed the vital functions of providing early air warning and fighter direction which, together with his ships' gunfire, accounted for large numbers of enemy planes and prevented air attacks in strength on the Naval forces off the beachhead. When a friendly vessel, the U.S.S. THATCHER, was severely damaged by attacking planes, he directed his flagship, the U.S.S. BOYD, in going alongside to render assistance and, despite continuing attacks by the hostile planes, escorted the ship to port. His steadfast courage and perseverance in the face of tremendous odds were in keeping with the highest traditions of the United States Naval Service."
Commander Destroyers Pacific: Serial 04317 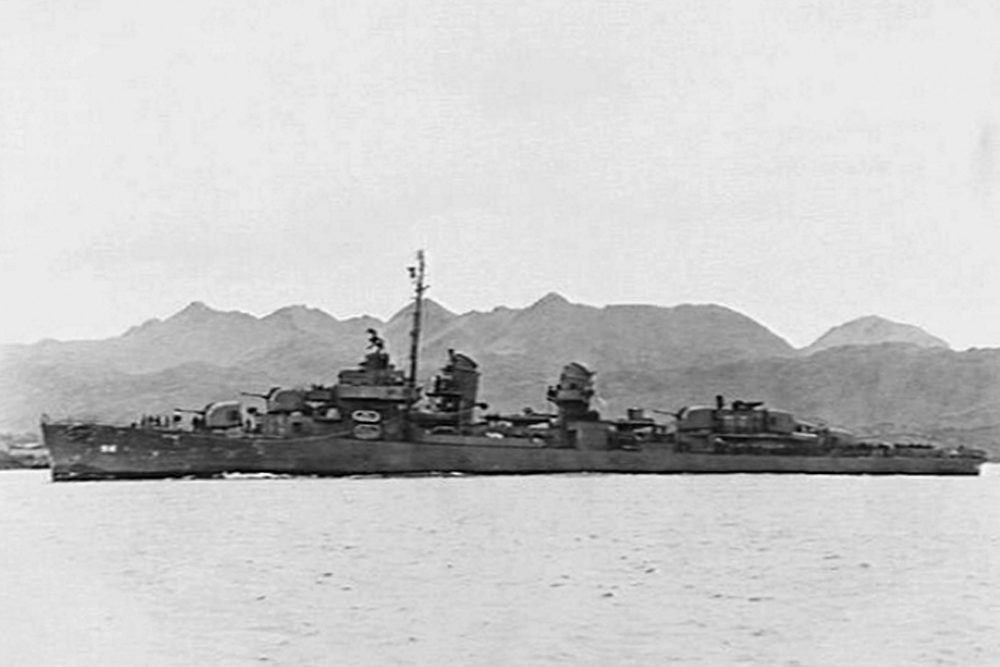